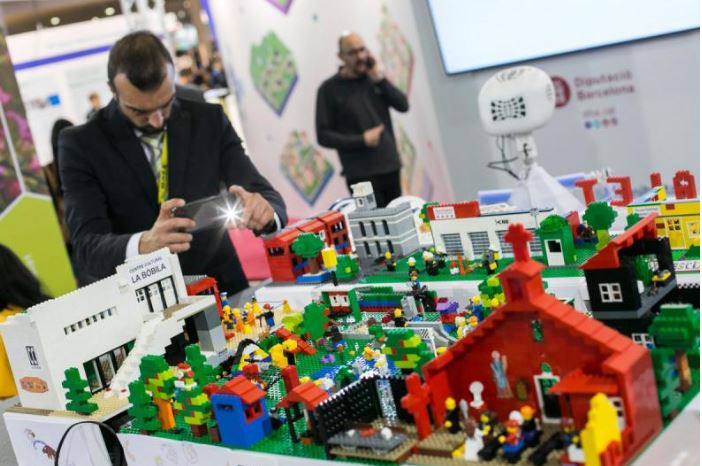 The exhibition will also host the C40 Talks, the Digital Future Society and the Sharing Cities Summit

Smart City Expo World Congress (SCEWC), the leading international event for cities, will be held for the eighth time in 2018 under the theme Cities To Live In to emphasise the ultimate and common goal of smart cities: to become more habitable places. Organised by Fira de Barcelona at its Gran Via venue from 13 to 15 November, the event will be the largest to date, with over 840 exhibiting companies, 700 attending cities and a 31% increase in terms of exhibition space, occupying two pavilions for the first time.

Ugo Valenti, the event director, said that “as we move forward in the development of smart cities around the planet and implement smart solutions, we must take into account the fundamental motivation driving all these changes: to make cities better places to live in. It’s our responsibility, both individually and collectively, to capitalise on the tools we have at hand to transform cities and make them the best possible places for their current inhabitants and those of the future”.

In 2018, in keeping with the thematic focus of the event, the congress programme will be restructured around five axes (Digital Transformation, Urban Environment, Mobility, Governance & Finance and Inclusive & Sharing Cities), and it will address topics such as Data-driven Cities, 5G and the future of Connectivity, Resilient Cities, Gentrification, Innovative Transport Systems, Multi-level Governance, Sharing and Collaborative Economy, Circular Economy and Cities for All.

To do so, the event will bring together more than 400 speakers from fields ranging from technology and smart governance to shared economy and mobility. The main speakers at the 2018 event will include Muhammad Yunus, the Bangladeshi social entrepreneur, banker and economist and winner of the 2006 Nobel Peace Prize, Rufus Pollock, economist and founder of Open Knowledge International, Andrew Keen, economist and author of How to Fix the Future and Cult of the Amateur, Víctor Pineda, specialist in social development and defender of the rights of the disabled, and Yochai Benkler, professor of law at Harvard University and one of the world’s leading experts in the shared economy and how the collaborative network facilitated by information technologies can have transformational consequences for the economy and society.

Smart Mobility Congress
The second SMC (Smart Mobility Congress) will also be held within the framework of SCEWC. The fair and congress focusing on smart urban and interurban transport will address, under the slogan The Next Move, the challenges posed by the prospect of greater urban concentration in terms of mobility, including aspects such as public transport networks, sustainable mobility, self-driving vehicles, new disruptive transport models, payment systems, logistics and railways.

Parallel events
SCEWC will host three parallel events to reinforce the positioning of the exhibition as the international summit for cities: the DFS (Digital Future Society), the Sharing Cities Summit and the C40 Talks. The DFS will be a meeting promoted by Mobile World Capital Barcelona to understand, address and resolve the ethical, legal and inclusion-related challenges of global digital transformation and technological advancement. On 13 November a closed-door workshop will be held at SCEWC to address some of the above challenges and publish the conclusions reached by the participants.

The Sharing Cities Summit is an international forum on the collaborative economy, how it affects life in the city and what measures can be taken to increase its positive effects and mitigate its negative aspects. The event will be held for the third time from 13 to 18 November, having previously visited Amsterdam and New York, and will be organised by Barcelona City Council, the Dimmons Research Group from the Open University of Catalonia, SCEWC, the cities of New York, Amsterdam and Paris and the rest of the Sharing Cities network.

On 14 November the event will host the second C40 Talks, titled: Cities Getting the Job Done, a special session which will explore the ambitious climate goals that European cities have set themselves so as to achieve a better future. Organised by C40, Barcelona City Council and Fira de Barcelona, the encounter will promote the climate initiatives that are being conducted in cities, following the latest report on global warming putting the maximum temperature rise at 1.5ºC, in order to avoid catastrophic levels of climate change.

Towards Zero Waste
SCEWC’s commitment to the environment and sustainability has led it to implement the most ambitious initiative in this area at a fair organised by Fira de Barcelona. In order to generate the minimum environmental impact and to achieve the goal of zero waste, the fair will dispense with any single-use plastic, reuse all the materials used to construct the stands at the fair and conduct initiatives to offset carbon emissions.

In 2018 the event will be held jointly with Iwater, the Digital Future Society Summit and the Circular Economy European Summit, creating an unparalleled platform for the sustainability sector.