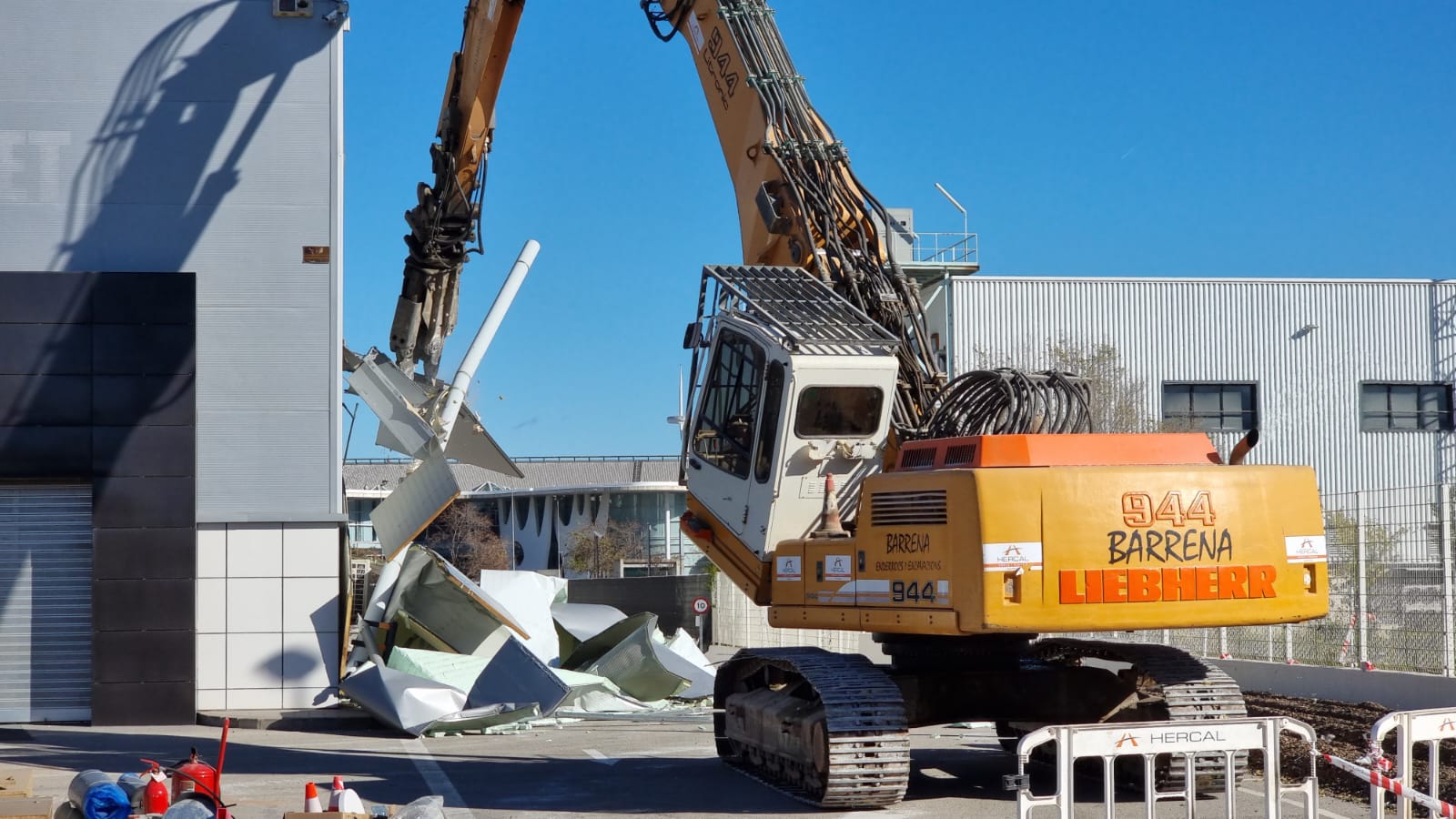 The project is managed and financed by the company Fira 2000

The construction of the new hall at Fira de Barcelona’s Gran Via venue has begun with the demolition of the building located on the lands that will house the new building. These works are expected to last until the end of March, when the foundations of the future facility, next to the main entrance of the current trade fair venue, will be built.

The project, which will be carried out by Fira 2000, involves the expansion of the Gran Via venue by 60,000 m2 of gross floor space, which will allow the complex to grow to 300,000 m2, making it one of the most important facilities in the trade fair market in terms of space, as well as standing out for its functionality, technology, quality, innovation and sustainability.

The new facility will comprise two levels for exhibition and congress activities and a building for offices and services, also for trade fair use, which will be linked to Hall 1 and the Europa Hall (the main entrance to the venue) by an elevated walkway, providing continuity to the corridor that connects all the halls. The ultimate goal is to enable exhibitions to grow, to compete with the world’s most important trade fair facilities, to attract major events, and to allow the simultaneous holding of several events.

The works, which are scheduled to be completed in 2026, will require an investment of 201 million euros, pending the definitive drafting of the executive project, that will be financed through Fira 2000 asset-holding company, whose shareholders include the Generalitat de Catalunya, Barcelona City Council, Barcelona Provincial Council, Barcelona Metropolitan Area, L’Hospitalet de Llobregat City Council and the Barcelona Chamber of Commerce.

International benchmark in trade fair facilities
Fira de Barcelona’s Gran Via venue is one of the largest and most modern in Europe. Designed by the Japanese architect Toyo Ito, and which expansion will be done with the collaboration of Fermín Vazquez’s B720 team, it is known for its design, functionality, and commitment to sustainability. It currently comprises eight halls, connected by a walkway that facilitates the movement of visitors, and has 240,000 m2 of gross floor space, where it hosts leading international events such as MWC Barcelona, Integrated Systems Europe (ISE); Alimentaria or Smart City Expo World Congress, among many others.

The expansion of the venue is part of the project to strengthen Barcelona’s trade fair infrastructure, including the modernization of the Montjuïc venue, which seeks to enhance the leadership of the trade fair institution, increase its competitiveness on an international scale and contribute to the country’s economic and business activity.