Regarded as one of the most emblematic urban fairgrounds in the world, it was built in 1929 on the occasion of the International Exhibition. Its seven halls combine the continuance of the trade fair tradition and an infrastructure suited to all kinds of events.

It stands in a superb location in the city centre, easily accessible from the airport and well-connected to the public transport network. It is situated in Montjuïc Park, an area of cultural and historical interest thanks to its museums and theatres and it also features some of the main tourist attractions in Barcelona.

The project for the remodelling of the Montjuïc venue is under study in order to adapt it to the new cultural exhibition areas for the city’s use, looking towards 2029, the centenary of the 1929 International Exhibition.

parking places in the vicinity

it was built to house the Barcelona International Exhibition

Most of the fairs designed for the general public use the Montjuïc venue, which occupies a prominent place in people's minds.

Central
Historical
Well-linked
A wonderful setting
It is one of the most attractive trade fair facilities in the world, with more than 42,000 sqm of gross outdoor area for exhibitions
It is located in a superb setting, in the Montjuïc mountain area, which includes large grassed areas, Olympic facilities and cultural attractions such as the Miró Foundation, the City of Theatre and the MNAC (National Art Museum of Catalonia)
The popular Venetian Towers provide access to the historical area, built on the occasion of the 1929 International Exhibition, which has undergone significant transformations over the years in order to adapt to the new demands of the trade fair business
The Montjuïc venue is the setting for recreational and cultural activities, concerts, fun runs and diverse civic and sporting events. Particularly significant activity takes place during the La Mercè Festival in September. 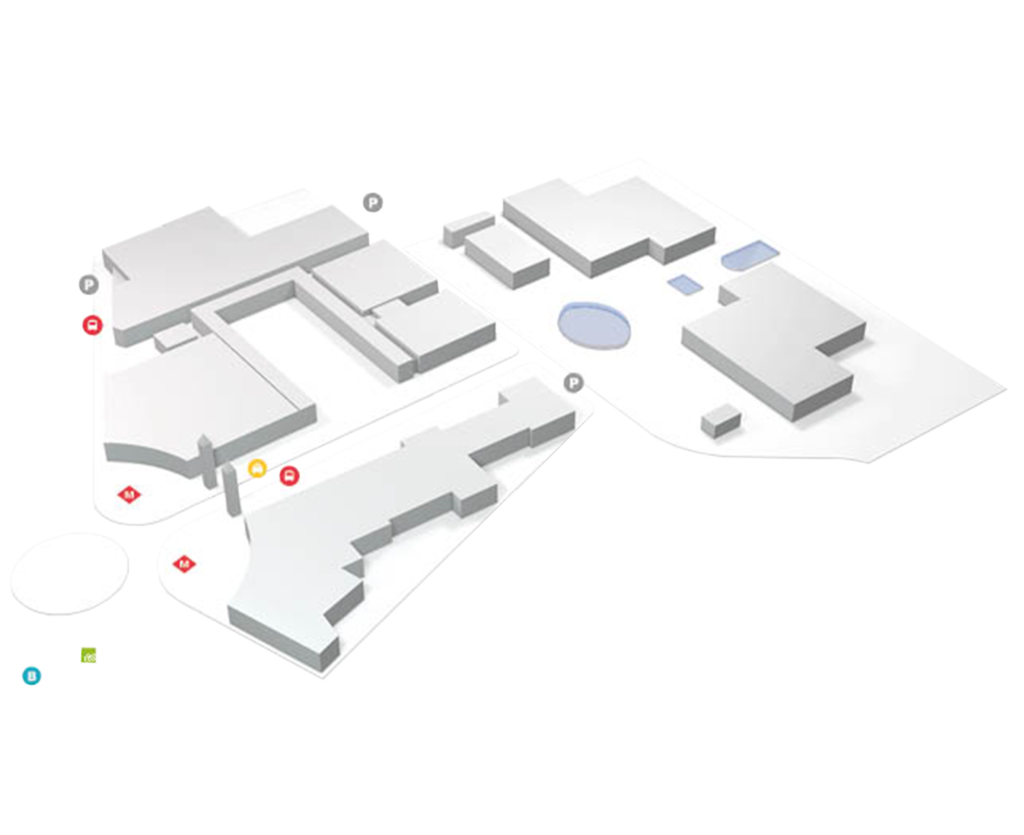 Click on the different halls to view the plans and see all the technical data regarding the halls and entrances of the Montjuïc venue.

View the plans of the halls, entrances and the Congress Centre on the map of the Montjuïc venue

How to get there 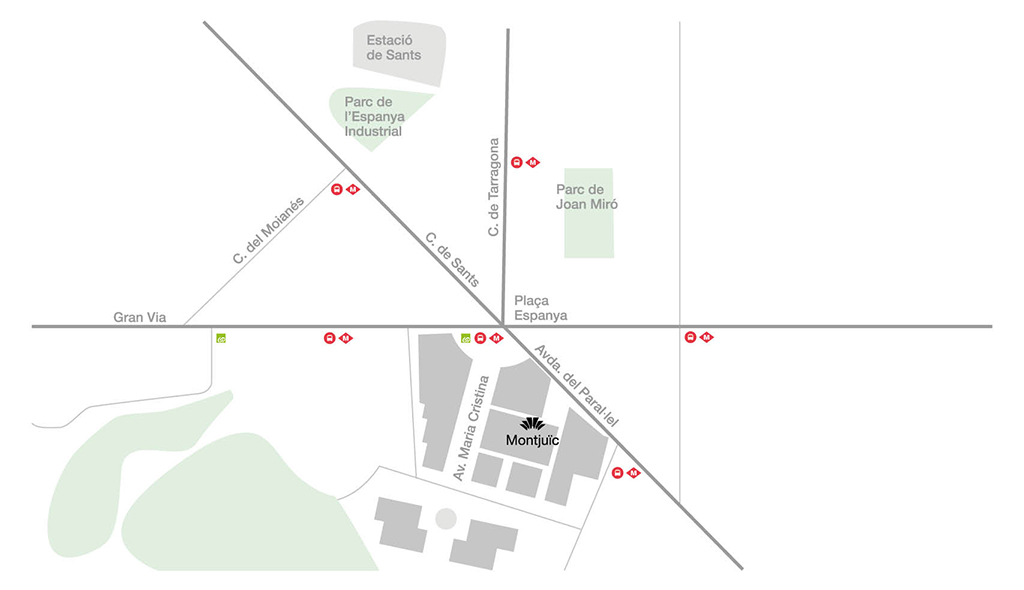 Barcelona-Sants Station is linked to a comprehensive regional, national and international railway network.

Barcelona and its metropolitan area have more than 10,500 taxis, easily identifiable by their yellow and black appearance. Fira de Barcelona’s fairgrounds have taxi ranks to facilitate the arrival and departure of visitors.

All the taxis have a green light to indicate their availability, a visible taximeter with the amount to be paid and a system for payment by credit card.

The approximate cost of a journey can be found on the official “AMB Taxi Barcelona” app. Further information on official fares, complaints and claims, lost property and adapted and special taxis.

Barcelona-El Prat airport has two terminals, T1 and T2, where around 100 airlines operate.

– Bus: TMB lines H12, 46, 65 and 79
– Underground: line L1 from Espanya to Torrassa and link with L9 South to the Fira or Europa/Fira stations.
– FGC (Catalan Government Railways): all the Espanya station lines stop at Europa Fira, beside the Gran Via fairground.

Download How to get to the Montjuïc venue in PDF format