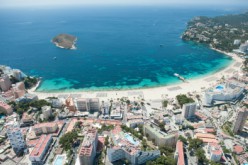 Majorca is set to become the international focal point for smart islands from 20 to 21 April, with 95 national and international speakers, 20 conferences and the participation of more than 120 islands from around the world. The first Smart Island World Congress will take place in Calvià with the objective of exploring the opportunities and challenges for islands when tackling issues such as efficiency, urban planning and economic and social development.
The municipality of Calvià (Majorca) is hosting the first edition of the Smart Island World Congress (SIWC), the first global congress on smart islands, organised by Fira de Barcelona, Calvià Town Council and Majorca Island Council with the support of the Government of the Balearic Islands, the World Bank and UN-Habitat. The event aims to bring governments, cities and companies together to tackle the challenge of finding new tools and services that respond to the needs and special characteristics associated with being an island, such as floating populations, product and energy supply, connectivity, seasonality, mobility and talent retention.
The congress programme will focus on four main axes: new connectivity, which will address port and airport opportunities, big data and smart grids; urban and social development, to discuss the potential for new technologies to improve urban planning, mobility, education and health; talent and economic growth, in which experts will expound on potential opportunities with regard to the knowledge industry, the promotion of start-ups and incubators; and islands of the future, in which sustainability, climate change and the impact of tourism, among many other topics, will be discussed.
These axes will form the basis of the more than 20 conferences, the keynote speeches, plenary and parallel sessions, which will feature the participation of 95 national and international experts, who will discuss the challenges, both immediate and future, faced by islands. 1,500 delegates are expected to attend, as well as representatives from more than 120 islands around the globe.
Prestigious speakers and world-class companies
The Calvià event will feature speakers such as former Spanish President, José Luis Rodríguez Zapatero; Geostrategist on emerging economies and bestselling geopolitics author, Parag Khanna; Former President of the Kiribati archipelago, the nation of the world that is most at risk from the effects of climate change, Anote Tong; as well as Executive Director of UN-Habitat, Joan Clos.
Other congress participants also include the ministers for Tourism for Cuba, Malta and the Dominican Republic; mayors of municipalities such as Male (Maldives); non-profit organisations such as Costa Rica Limpia; the Caribbean Policy Research Institute (Jamaica) and the African Union of Architects (Mauritius); as well as visitors and representatives of islands such as Bahrain, Bali, Corsica, Dominican Republic, Puerto Rico and Trinidad and Tobago.
The Majorcan authorities will also be represented, with the participation of esteemed figures such as the President of the Balearic Government, Francina Armengol; the President of the Majorca Island Council, Miquel Ensenyat; and the Mayor of Calvià, Alfonso Rodríguez, who will provide the welcoming address to the delegates on Thursday, 20 April.
The first Smart Island World Congress will also feature a networking area, where representatives of island territories, speakers, company representatives and visitors will be able to form contacts during the event, thus opening up new future and business opportunities and promoting public-private collaboration in the generation of smart projects and initiatives for the islands. Some of the companies that have already confirmed their attendance include technology firms such as Microsoft, FIWARE and Grupo Etra, and others from the tourism sector such as Meliá Hotels and Resorts.
Awards for the best initiatives
The showstopper of the Majorcan smart event will take place on the afternoon of Thursday, 20 April, with a gala dinner and awards ceremony to recognise and promote the initiatives that island governments are implementing in their territories. A total of six prizes will be awarded: for the best smart island; for the best architectural and urban development project; for the best smart destination; for the most innovative initiative; the most sustainable development; and the most innovative cultural project.
The SIWC was created in response to the call for island territories to position themselves as host venues for congresses in the area of technology and innovation. The congress draws on the consolidated international-level experience gained through hosting the Smart City Expo World Congress, an event Fira de Barcelona has been organising since 2011 and which is now the world’s leading smart city sector event.
Palma, 10 April 2017