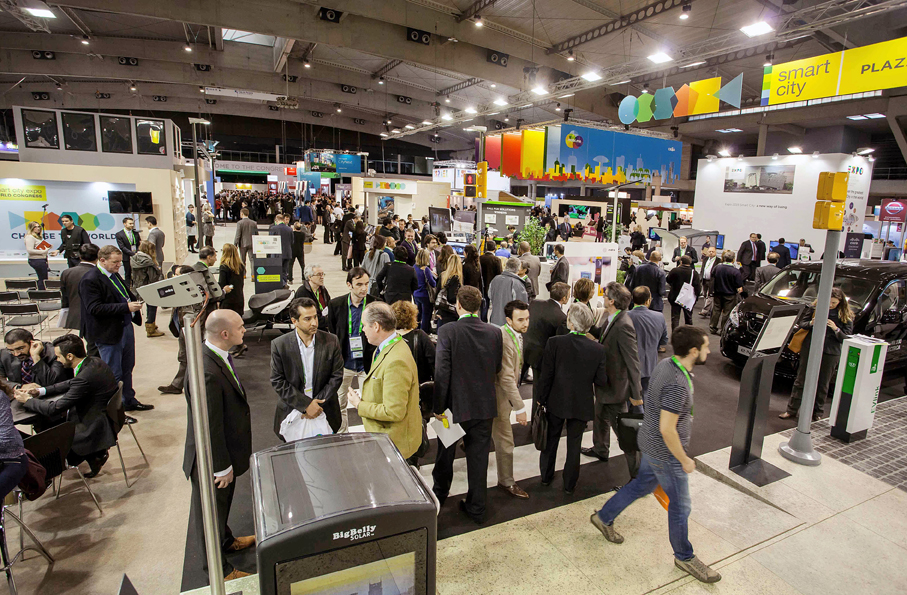 Under the theme Empower Cities, Empower Citizens, Smart City Expo World Congress (SCEWC), the leading international event on smart cities will host on 2017 its biggest edition to date. From November 14 to 16, Fira de Barcelona’s Gran Via venue will gather 700 cities worldwide as well as 600 exhibitors and 420 speakers. The event will focus on the strategies to empower metropolises and their citizens through active participation, critical reflection, awareness and access and control over important decisions and resources. The event will also feature the first Smart Mobility World Congress, a smart transport summit resulting from the merge of BcnRail, international railway industry show and the SCEWC’s own mobility track.

During these recent years, the concept of smart cities has been widespread across the globe raising awareness about the need to transform cities and through them the world. Many have agreed that digital technologies and more precisely ICT and IoT are the backbone of the cities of the future and that without them urban transformation would be impossible. But SCEWC will focus on the underlying truth within metropolises: they are run and inhabited by people and these citizens are more so the future of cities.

The event’s director, Ugo Valenti, said that “We believe that the role that citizens will play in the near futures will be crucial. Top-down governance approaches are gone for good and we need to shift the relation between city governments and residents taking it one step further. Never before in history has there been so much talent and creativity concentrated in so little space. It is our responsibility to seize this opportunity and use all the means to grasp the full potential of these urban powerhouses and that’s what Smart City Expo World Congress will be focusing on this edition.”

Six months before the event, SCEWC has already booked 92% of its floorspace, exceeding last year’s figures by 20%. The 600 companies exhibiting at the 2017 edition -among which are Deutsche Telekom, Engie, Huawei, Mastercard, Microsoft, Siemens, Suez and ZTE- will cover more than 15,000 net square metres. Cities and countries will also showcase their projects and initiatives and in the list of confirmed exhibitors are Denmark, Dubai, Sweden, Germany, Finland, Holland, Israel, London, New York, Norway, Quebec, Spain and the United States.

Smart Mobility World Congress
One of the key subjects every city has to address is Mobility. The ability to guarantee safe and easy movement both within a city and from one metropolis to another has indeed become one of the cornerstones of smart cities. On 2017, SCEWC will host the first Smart Mobility World Congress, a smart transport summit that will be held yearly and will showcase the most innovative advances in urban and inter-city mobility.

The Smart Mobility World Congress will have its own space within SCEWC, where specialist mobility companies will be grouped together, and it will also have its own auditorium for transport conferences, the Smart Mobility Hub. Also, to enhance the role of the rail sector, it will host the congress of ALAMYS, the Latin American Metro and Underground Railway Association.

An international benchmark
With over 700 cities, 400 speakers and the leading companies in the smart urban solutions industry, SCEWC has become the world benchmark event. On its last edition, it brought together more than 16.000 professional visitors from 126 countries, as well as 420 renowned speakers and 591 exhibitors, as well as representatives of more than 600 cities. The international impact of the show has grown with regional events in Casablanca (Morocco), Istanbul (Turkey), Kyoto (Japan) and Puebla (Mexico) and very soon Buenos Aires (Argentina) further consolidating Smart City Expo as the international leading event in smart urbans solutions and drawing more attendees and interest toward the global event held in Barcelona every year.