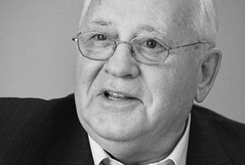 Some 20 Nobel prize winners meet up in Montjuïc venue

Between 13 and 15 November, Barcelona is hosting the fifteenth World Summit of Nobel Peace Laureates. The event, which takes place in the Conference Centre of Fira de Barcelona’s Montjuïc venue, focuses this year on the dramatic situation of the world’s refugees.
The objective of the summit, one of the world’s most important meetings on peace, is to disseminate the work of the Nobel laureates and promote measures to improve international cooperation and humanitarian aid. It brings together around twenty former Nobel laureates, NGOs, dignitaries, students and teaches from all over the world.
Attendees include Frederik Willem de Klerk, the South African politician who freed Nelson Mandela and one of the key drivers of the end of apartheid; Mikhail Gorbachev, the former USSR president; Shirin Ebadi, who fights for human rights in Iran; and Tawakkol Karman, the Yemeni pro-human rights journalist and activist.
Other notable organizations in attendance include the International Peace Bureau (IPB), International Physicians for the Prevention of Nuclear War, and the UN High Commissioner for Refugees (UNHCR).
In addition to the seminars, every year there is an award for personalities from the world of culture and entertainment who actively stand up for peace. Past winners include actors Sean Penn, George Clooney and Sharon Stone; and singers Peter Gabriel and Bono, the lead singer of U2.
Barcelona, November 2015
Communication Area
Fira de Barcelona
Av. Reina Maria Cristina, s/n
08004 Barcelona
Tel. 93 233 20 00
prensa@firabarcelona.com
Previous
Next