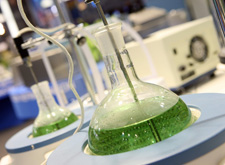 The international benchmark for the applied chemistry industry

Leading companies and experts from all over the world will be gathering at Expoquimia, Eurosurfas and Equiplast, three trade shows that will transform Barcelona into the international benchmark for the applied chemistry industry. The shows will be held between 30th September and 3rd October at the Gran Via venue.

With more than 600 exhibitors, this is one of the biggest commercial showcases for the chemicals, plastics and surface treatment sectors as well as an important platform for disseminating scientific knowledge thanks to its comprehensive congress programme.

With the aim of becoming the future World Chemical Summit, Expoquimia, Eurosurfas and Equiplast are implementing the WICAP Formula this year to further internationalize the three events and increase the number of projects presented by exhibitors and associated investment opportunities.

Some of the new features at this year’s edition include The Smart Place, which will showcase the strength of the chemicals industry and its influence on society’s wellbeing through the ¿Smart Chemistry Smart Future’ project, led by the Spanish Chemical Industry Federation (FEIQUE).

Comprising more than 3,000 companies, the chemical sector in Spain accounts for some 55,000 million euros per year, generating 11.5% of the country’s GDP and creating more than 500,000 jobs.