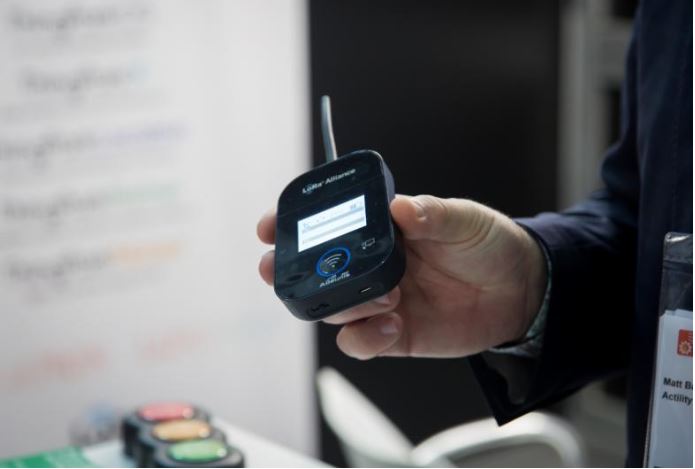 The fourth edition of the IoT Solutions World Congress (IoTSWC) –international reference event on the innovations of the industrial internet of things–, will bring together, between 16 and 18 October in the Gran Via venue of Fira de Barcelona, 341 exhibitors and 316 speakers from all over the world with the aim of showing the transforming capacity of the IoT in different industrial and business environments, and also show its alignment with artificial intelligence and the blockchain.

Organised by Fira de Barcelona in collaboration with the Industrial Internet Consortium (IIC), IoTSWC has registered a new growth in the number of participating companies, from 240 in 2017 to 341 in 2018, and expects 14,000 attendees from 114 countries. An evolution in line with the widespread deployment of IoT in various industries due to the potential for improvement in efficiency, automation and results.

Therefore, the director the IoTSWC, Roger Bou, is convinced that the 2018 edition will prove that this technology is here to stay, with its rapidly growing presence in industry: “We can see that no longer is IoT a technological revolution waiting just over the horizon; it is a reality that is being implemented ever more often and has an enormous potential to transform all types of businesses and our day-to-day lives”.

In fact, the Gartner consulting firm has predicted there will be 11.2 billion connected things in the world by the end of 2018 -4.159 billion in industry and specific industries alone. In other words, an upsurge of 32% in these areas with respect to 2017. On the other hand, experts also predict 2018 to be the year in which IoT makes a real impact in the market, spurring new business and service models.

Among the new applications, the connected winery developed by Vodafone and Bodegas Emilio Moro stands out which, through a Narrowband IoT platform, sensors in the field, Big Data and satellite technology allow to maximise the performance of the winery and minimise the environmental impact of wine production. In addition, the event will have an area dedicated to testbeds, where live demonstrations of innovative industrial internet applications will be carried out. In total 10 examples will be given, among them an intelligent platform to control water quality in Alaska and save beluga whales; an intelligent entrance gate that can be opened when the owner arrives or transform his/her garage into a giant mailbox for the delivery of online purchases; a 3D printing solution to analyse the client’s foot in real time and design and produce custom-made shoes within a couple of hours; and a fully connected and sensorized fire truck.

The 2018 IoTSWC will also be paying tribute to the year’s most ground-breaking and influential projects with their IoT Solutions Awards, which are open to companies and entities all over the world.

Blockchain, Artificial Intelligence and more
On its side, the Conference will bring together the best global experts in IoT technology and representatives of various industrial industries to address the impact of IoT solutions in different environments. Nine core themes have been established for the 2018 edition, as touchstones for the more than 204 scheduled seminars: connected transport, product manufacturing, healthcare, energy and utilities, construction and infrastructure, open industry, enabling technologies, blockchain and artificial intelligence, with these last two having their very own forums.

The gender gap in the Tech industry and how to overcome it will also be analysed at the congress. IoTSWC will address the leadership role of women in the IoT ecosystem in a session that will have six women leaders in industrial IoT: Jennifer Bennett, Technical Director, Office of the CTO of Google Cloud; Leila Dillon, VP of Global Marketing & NA Distribution at Big Belly; Helena Lisachuk, member of the IoT Global Initiative; Beverly Rider, executive vice-president and commercial director of Hitachi; Eva Schönleitner, vice-president of digital societies at ABB; and Adriana Estévez, Executive Director of Transformation and Digital Innovation at Microsoft.

The content and scope of the event was defined in large part thanks to the involvement of the Industrial Internet Consortium (IIC), a worldwide organization of over 250 companies and entities related to IoT whose aim is to collectively make strides in the industrial Internet. The executive director of IIC, Richard Soley, emphasizes the standard of the attendees and demonstrations of the live systems at the IoTSWC: “IoT Solutions World Congress remains the main industrial IoT event of the year. It gives attendees the chance to meet the leaders who have been working in the field of the IoT for some time; to listen to the experts, for specific companies and industries to share success stories, and also to provide the opportunity to see the benefits of the industrial internet in action with our focus on fully functional test benches”.

Barcelona Industry Week
The IoT Solutions World Congress forms part of Barcelona Industry Week, a brand which also encompasses two other trade shows, In(3D)ustry From Needs to Solutions, dedicated to additive manufacturing, and Healthio, specializing in health and healthcare technologies. All three events, which create synergies and provide a platform for commerce and knowledge in a wide range of industrial sectors, will take place from 16-18 October at Fira de Barcelona.