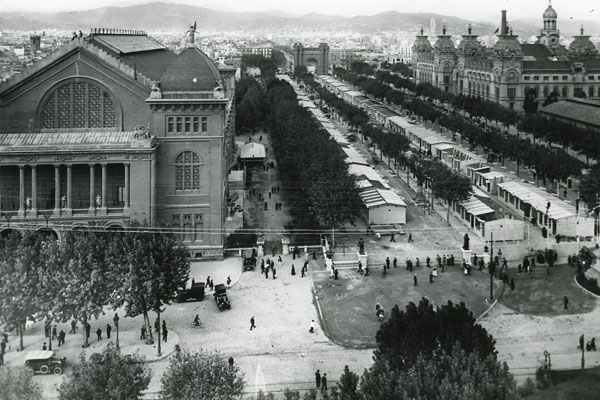 It was the first major European event after World War I

100 years have gone by since the first Barcelona Trade Fair

This October marks the 100th anniversary of the first Barcelona Trade Fair, an event created to promote industry and trade that became the closest precedent of fairs, as we know them today. Together with the universal expositions of 1888 and 1929, it forms part of the history of Fira de Barcelona and the city’s trade fair tradition. The 1920 Trade Fair was the first major international exhibition event after the First World War and it placed Barcelona on the map of Europe.

Held at the Palau de Belles Arts, next to the Parc de la Ciutadella, and the Saló de Sant Joan (now the Passeig de Lluís Companys), the Barcelona Trade Fair was inaugurated on 23 October 1920 and it opened its gates to the public from 24 October to 10 November. It attracted 250,000 visitors and 1,243 exhibitors, 10% of them international ones from Italy, France, Sweden, England, Austria, Holland, Belgium, the USA, Argentina, Switzerland and the Czech Republic, attended it.

We highlight some of the most significant data below (Source: Fira de Barcelona General Archive):