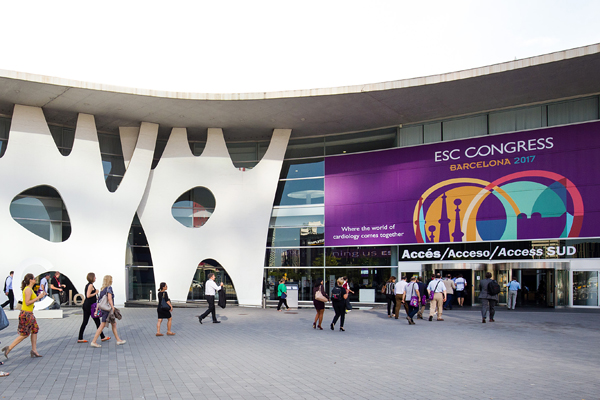 With around twenty events planned, bringing together more than 60,000 attendees from the medical world

Major medical congresses are back at Fira de Barcelona. The second half of 2022 will witness the holding of about 20 events in this field, bringing together more than 60,000 experts. The calendar kicks off today with the World Congress on Gastrointestinal Cancer at the CCIB  (Barcelona International Convention Centre) managed by Fira and the European cardiology and respiratory events will follow in August. These are the most important congresses in the world in their specialities and they’ll take place at the Gran Via venue. The institution will thus enhance its status and that of Barcelona as a venue for important gatherings in the health and scientific sectors.

Over 3,200 experts from 95 countries are set to meet at the World Congress on Gastrointestinal Cancer organised by the ESMO (European Society for Medical Oncology), which will start today and run until 2 July at the CCIB to showcase the latest advances in the treatment of this disease.

This is the first of around twenty medical events planned for the second half of the year. One of the highlights is the Congress of the European Society of Cardiology (ESC Congress), the most important in the world in its speciality, which will celebrate its 70th anniversary this year. This will be the eighth time it’s held at Fira de Barcelona and it’s expected to bring together around 15,000 experts from 150 countries at the Gran Via venue from 26 to 29 August. It will feature a first-rate scientific programme that will present the latest developments for the prevention, detection and treatment of cardiovascular diseases and place the focus on cardiac imaging.

From 4 to 6 September it will be followed by the Congress of the European Respiratory Society (ERS), which has chosen Fira for its third annual gathering. The largest event related to respiratory medicine, it will be attended by nearly 10,000 specialists and feature more than 400 scientific and educational sessions. The Vaccines, Sterilisation and Haematology world congresses, the European Robotic Urology event and the annual meetings of the Spanish Haematology and Haemotherapy Society (SEHH) and the Spanish Society of Thrombosis and Haemostasis (SETH) will also be held.

With this intense calendar of medical and health-related events, Fira de Barcelona is reinforcing its strategy to attract European and global encounters in this speciality to mirror Barcelona’s leading position in the field of health.