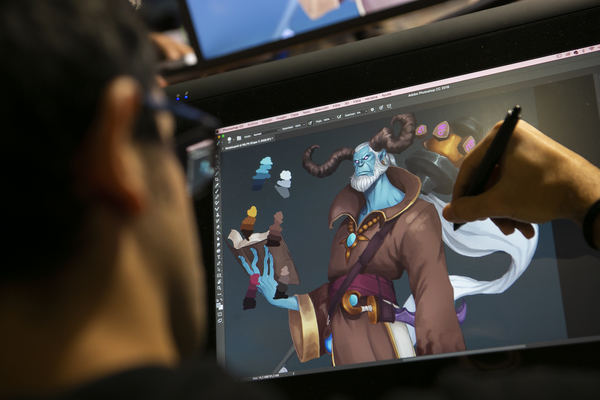 NiceOne Barcelona, the video game fair organised by Fira de Barcelona, is establishing its position as a platform for boosting the industry and talent by organising various initiatives to foster relations between national and international professionals. The event, which will be held from 28th November to 1st December at the Gran Via venue, will feature a programme of meetings with developers, investors and distributors, mentoring sessions for new creators, as well as a stage where universities will present their educational proposals for the world of video games.

The video game sector is experiencing a boom all over the world and also in Spain. According to data from Newzoo, 24.6 million Spaniards play video games and the sector generates more than 2 billion euros in revenue, a figure that has placed the national market as the ninth most important in the world. With the aim of continuing to promote this growth in a sector represented by 455 companies, the fourth edition of NiceOne Barcelona (formerly Barcelona Games World) will continue to strengthen its professional side.

One of the initiatives that will be launched for the fourth time will be the Cop-Op Business Zone, a space for meetings between distributors, investors and developers to be held on 28th and 29th November. Some forty video game creators are expected to take part, as well as fifteen investors and distributors, including companies such as Bandai Namco, Tencent, Humble Bundle, Deep Silver, Jandusoft, and Tilting Point, among others.

Another new addition to this edition will be the DevsFighters N1B boxing ring, an innovative format where several developers and industry professionals will share their experiences face-to-face in the ring. Participants will include international and national figures who have participated in the development of video games such as Assassin’s Creed, Blacksad, Runaway, Mercury Steam, Konami, Castlevania, Pyro Studios, Blasphemous, Wakfu and Ankama Games, among others.

Training in the centre

The video game sector is no longer just entertainment, it is also a profession and a future option for many students who are considering starting their formative journey in this field. For this reason, NiceOne Barcelona will offer a stage where the different universities that teach in the field of digital entertainment will present the courses they offer. They will be short presentations, around 15 minutes, and the participating centres include the UPF, the UOC, la Salle, the Enti-UB, Idem Barcelona, FX Animation, Escuela Joso, Seeway and Epitech.

The sessions, which will take place every day of the event, will address various topics such as the creation of the cover of a video game or design through virtual reality, as well as modelling tools, programming and animation in two and three dimensions, among others. In addition to the stage, all the training centres will also have their own stands and an advisory area for studies and professional opportunities.