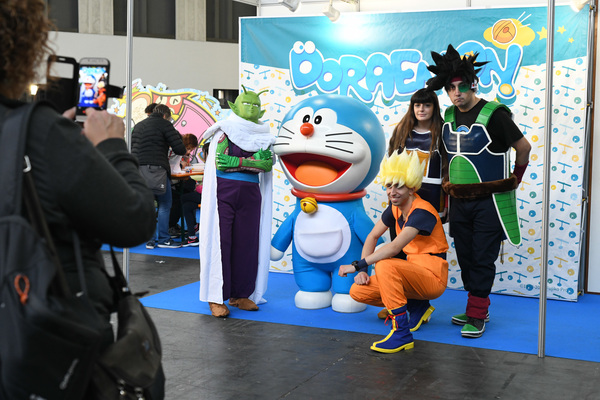 Exhibitions, conferences and workshops on Japanese culture at the Montjuïc venue

From 31st October to 3rd November, Fira Barcelona will host Spain’s most important trade show dedicated to Japanese comics, animation and culture. This is Manga Barcelona, which this year celebrates its 25th anniversary with numerous cultural activities, including a retrospective exhibition and tribute to Dragon Ball, one of the most famous of all manga sagas.

With a quarter of a century under its belt, the Manga Show—now called Manga Barcelona—occupies 78,000 m2 of the Montjuïc venue, making it the largest in its history in terms of surface area. To commemorate the anniversary, the Dragon Ball World Adventure exhibition is a must, which takes a tour of the universe of one of the world’s most famous manga collections, having sold more than 230 million copies, as well as Manga Revival, a retrospective of the trade show’s 25 editions.

In addition, the trade show features exhibitions, conferences, workshops, concerts, cosplay contests and book signings by leading authors, among many other activities. This year the Japan Experience space is even bigger, which brings visitors more in touch with other areas of Japanese culture such as martial arts, the tea ceremony and traditional music.