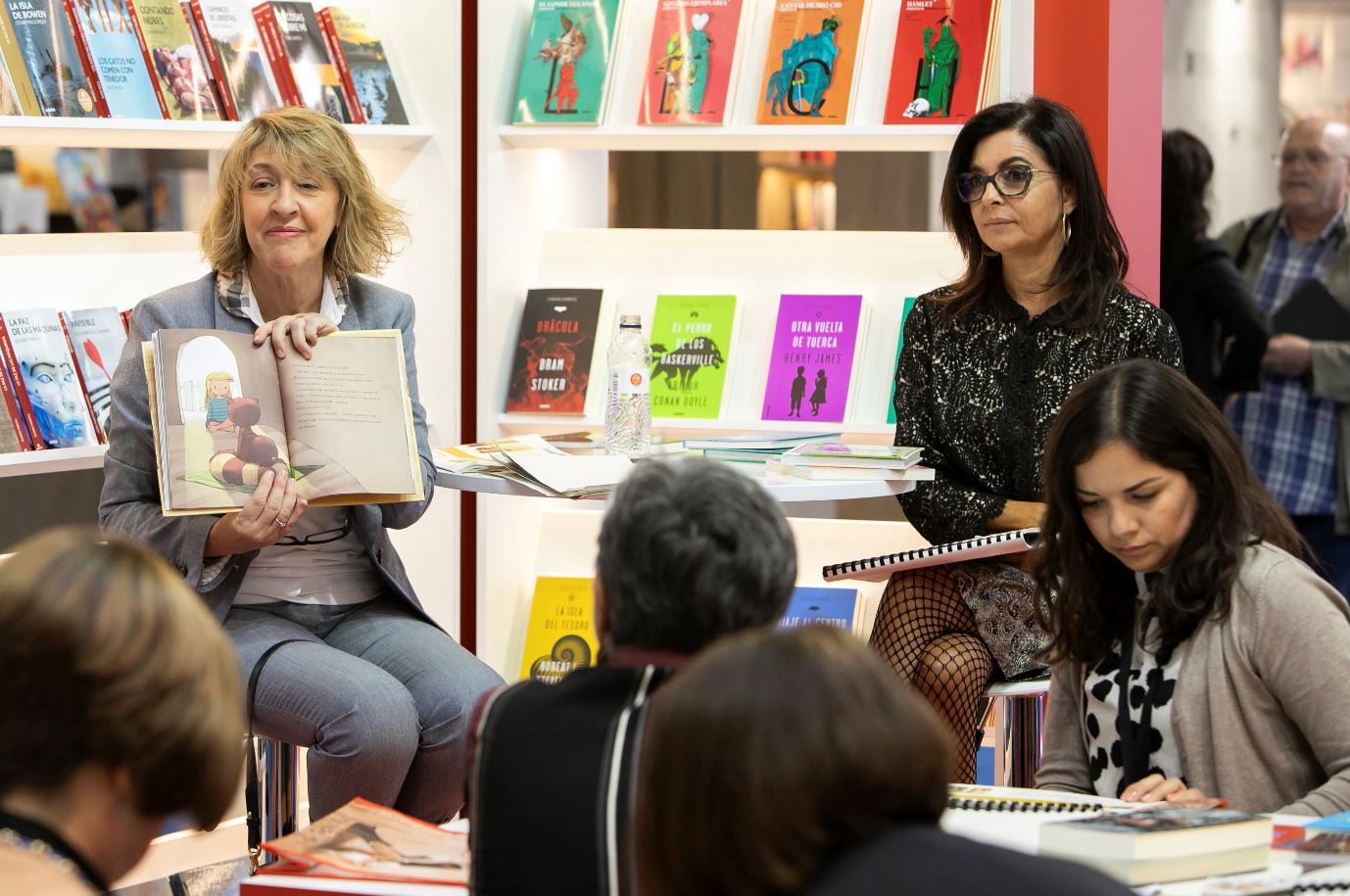 Very positive evaluation of Liber 2018 which this evening brought its 36th edition to a close in the Gran Via de Fira Barcelona venue, reaffirming the dynamic role of the fair to drive the sales of the publishing industry especially abroad. In an environment of greater optimism and intense commercial activity, Liber brought together professionals from the entire book value chain and has reflected some of the trends that are marking the evolution of the publishing market.

Liber 2018 attracted around 11,000 professionals, 10% more than the last edition organised by Fira de Barcelona. These include the 550 buyers and key leaders in the purchase and distribution of books in foreign markets invited directly by the organization and by the promoters, who were interested in seeing the publications of the 361 participating exhibitors and willing to place orders in situ.

The president of the Spanish Association of Publishers Guilds (FGEE) and of the Liber organizing committee, Daniel Fernández, was satisfied with the fair and with the increase in the number of attendees: “The good initial perspectives have been confirmed: more visitors, more activity, more optimism. The three days of the fair will have a positive effect on the balance sheet of the industry, in particular when it comes to exports to Latin America and the US, two very important markets for us”. Fernández welcomed the news which got Liber off to a start – which was inaugurated by the Minister of Culture and Sport, José Guirao–: the possibility of lowering the VAT on digital books, bringing it in line with the printed book. “We hope that this measure will soon be implemented, which will undoubtedly serve to encourage reading”, he emphasised.

Liber acts as a barometer of the publishing market. On this occasion, through their professional conferences, round tables and other presentations, issues were addressed related to digital trends in Europe and Latin America, the evolution of audiobooks, copyright, writer pensions, translation and correction of texts, library ebook lending, the influence of piracy, as well as improvements in the marketing and promotion of books.

There was also a space dedicated to poetry, academic publishing, essays, illustrations and the adaptation of literary works to the big screen. Community proposals for a digital single market were also analysed, as well as the reform of the entities responsible for Copyright Law. In total, 114 sessions with 236 speakers were held. It is estimated that, overall, more than 2,400 people attended these training and discussion spaces.

Concurrently, this year also reflected the commitment of the publishing industry to become a provider of content for other cultural industries such as film or video games. The fair hosted meetings and business interviews between publishers, literary agents and authors with audiovisual producers linked to the Sitges Fantasy Film Festival and companies developing video games in order to promote the sale of rights.

Furthermore, Liber 2018 paid special attention to both the digital evolution of books and self-publishing with two specific zones. In the Digital Zone, a dozen companies participated with technological products and services related to the editing, distribution and sale of ebooks, as well as different solutions for audiobooks, a format which is booming. On the other hand, the Authors Zone allowed independent authors to find out more about self-publishing tools and services related to the creation, production, sale and promotion of books.

Another of the central axes of this year’s fair was the participation of Cuba as a guest country. The Caribbean island has taken advantage of the fair to internationally project the good period that its literary creation is going through. The Cuban delegation was formed by representatives of institutions and entities linked to culture and the book industry, as well as several state publishers and around fifteen authors who made their works known in an intense programme of presentations. It should also be noted that the Cuban stand received numerous inquiries from publishers and companies interested in accessing the Cuban market in its period of opening.

Last night in MACBA, the Liber Awards ceremony took place, awarded by the FGEE in recognition of the trajectory and the work developed by various people and entities associated with the world of books. The author Almudena Grandes; the publisher, bookseller and poet from Seville, Abelardo Linares; the Director of La Vanguardia newspaper, Màrius Carol; the Director and the producers of the TV series “Cathedral of the Sea”; the Paideia Bookshop in Sant Cugat del Vallès and the Network of Public Libraries of Las Rozas won awards this year.

Liber takes place every year, alternating between Barcelona and Madrid, a fact that Daniel Fernández emphasised: “our fair is an example of harmony and cooperation between the two cities, applying healthy competition to improve each year, which benefits the world of books”.

Promoted by the FGEE, the Liber International Book Fair, is sponsored by the Ministry of Culture and Sports, ICEX Spain Exportation and Investments, the Government of Catalonia and the Spanish Reproduction Rights Centre (CEDRO). The Publishers’ Guild of Catalonia, the Spanish Cultural Action (AC/E) and the Publishers Association of the Catalan Language all collaborate.