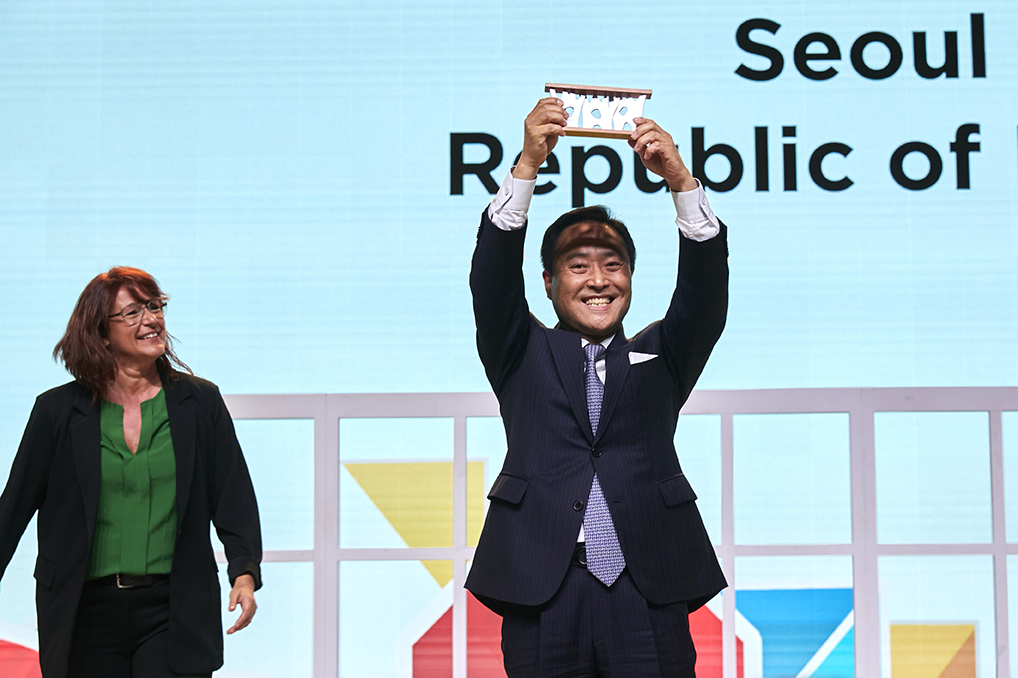 The Ukrainian capital, Kyiv, received a special recognition for its resilience and use of digitization

The capital of South Korea, Seoul, has been awarded as Smart City of 2022 at the World Smart City Awards presented annually by the Smart City Expo World Congress (SCEWC) to acknowledge the most outstanding initiatives and projects in the innovation and urban transformation industry. In addition, this year’s edition awarded Kyiv with a special City Award recognition for its use of digital services to save lives in the context of the Russian invasion of Ukraine that began in February.

The president of Seoul Digital Foundation, Yosik Kang, said after receiving the award: “It is a great honor to be selected as winner city at these prestigious awards. It is particularly meaningful as it award Seoul’s smart city policy. We hope this can give strength to the citizens of Seoul who are struggling after the Itaewon crowd crush”

Likewise, the city of Kyiv (Ukraine), whose mayor, Vitaliy Klitschko, took part in the Smart City Expo World Congress to explain how the commitment to digitalization has allowed them to be more resilient during the war, through apps that notify citizens of air raids and shelter location and help save lives, received a City Award special recognition from the jury.

Sustainability, safety, inclusion, and innovation Awards
In the Energy & Environment category, the award went to the software project developed by the company TerraGo Technologies for the maintenance and implementation of the public lighting network in the city of Chicago in the United States. In the Mobility category, the DIGI-V traffic digitization initiative in the German city of Wiesbaden, developed by the company Yunex Traffic, received an award.

The city of Dublin, capital of Ireland, received the Governance & Economy Award for its drone development project, while Amsterdam received an award for its youth cybersecurity game HackShield in the Security & Safety category, and the Inclusion award went to The Global Initiative for Inclusive ICTs (G3ict), for the city of Atlanta’s artificial intelligence project for inclusive pavements.

The Argentinean capital, Buenos Aires, received the Infrastructure & Building Award for the Ciudad 3D project, a new tool to promote sustainable urban development. In the Enabling Technologies category, the winner was the Belgian city of Bruges for its Smart City Data Platform, which also involves the cities of Leuven and Roselare.

Two projects tied as winners in the Innovation category. The first of the two is AutoSafety Uganda, an initiative to reduce accidents and pollution in the African country developed by Wanyama Autosafety Initiatives. The second winner was the Empowering Cities through Data project of the Indian Ministry of Housing and Urban Affairs.

Finally, the Leadership award, which is given to individuals and organizations that have promoted the development of smart urban solutions at an international level, went to the Emilia Saiz, UCLG – United Cities and Local Governments General Secretary, and Aníbal Gaviria, the Governor of Antioquia (Colombia).