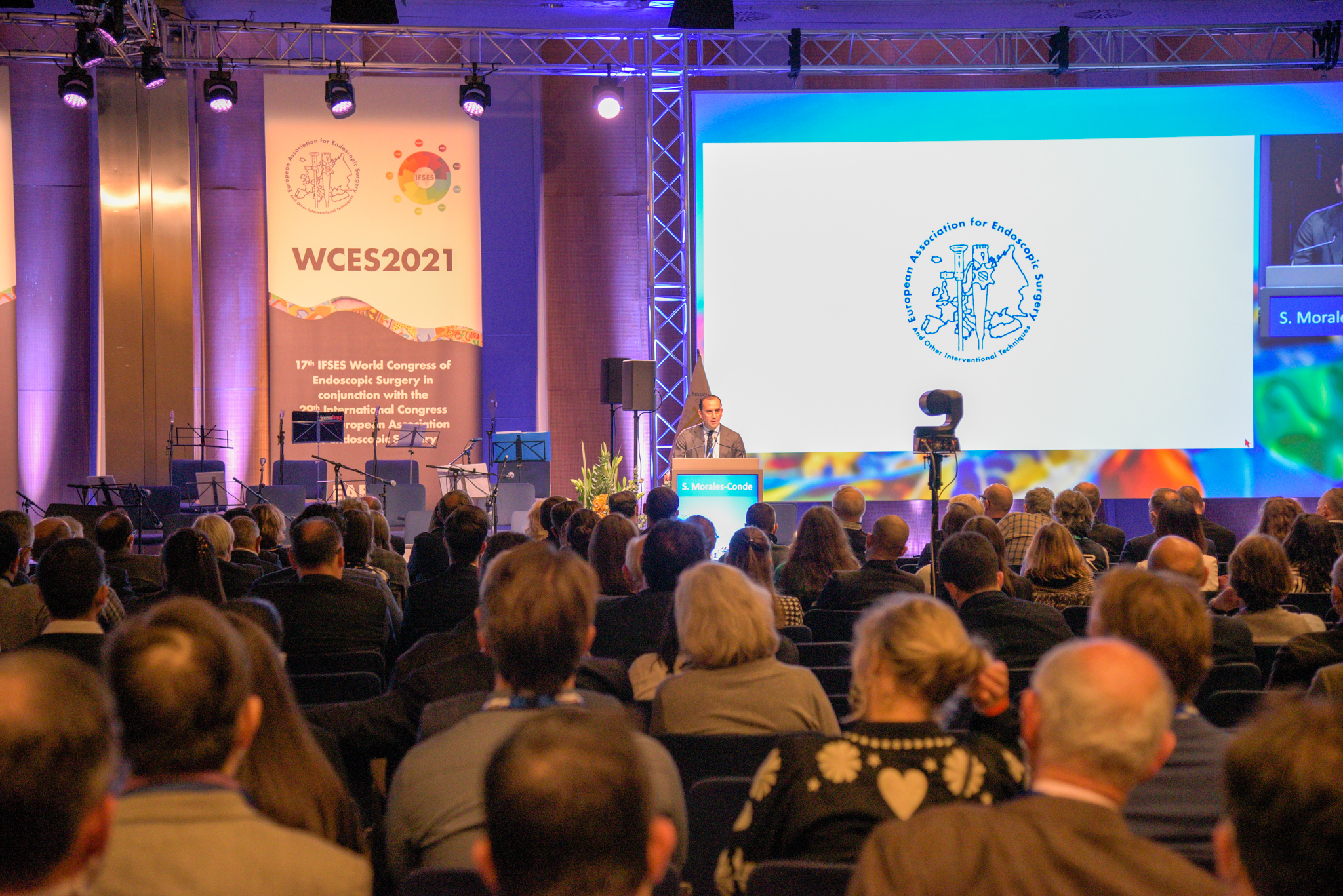 The CCIB brought together 1,400 doctors specialising in minimally invasive surgery from 71 countries

From 24 to 26 November the CCIB (Barcelona International Convention Centre) managed by Fira de Barcelona hosted the world’s most important congress on minimally invasive surgery. 1,400 professionals from 71 countries met to learn more about the latest technological innovations, assess the results of the applications of these techniques in clinical practice and agree on the guidelines and recommendations for the surgical procedures to be applied in the coming years. The congress exceeded all expectations and demonstrated the need for in-person events as the best way of enabling medical professionals to exchange their knowledge.

The president of the 17th congress, Dr Eduardo M. Targarona, explained: “We have made a great effort to organize this congress and adapt it to the current circumstances so that as many professionals as possible can take part”. EAES president Dr Salvador Morales also explained that “over the last two months we’ve made a great effort to help the medical societies with their travel problems”, particularly those in Asia, Latin America, Russia and India. In fact, the congress received confirmations right up to the last minute, with 300 registrations in the last five days alone, and finally brought together 1,400 attendees from 71 countries in Barcelona. “This demonstrates the great interest displayed by the medical world in meeting in person”, explained Targarona.

Over three days the event featured 300 speakers from all around the world and 250 professionals from the industry showcasing their latest innovations, with 120 sessions and 1,500 scientific papers.

Marc Rodríguez, the general manager of the CCIB, congratulated the organisers and agreed: “Large medical congresses allow professionals to share and move forward in the exploration of scientific knowledge for the benefit of society as a whole”, and he underlined the importance of Barcelona as a “hub of knowledge and innovation, with first-rate professionals and healthcare centres”.

Education, simulations, training and high tech
With regard to the content, IFSES president Dr Natan Zundel explained that the congress “combined an educational section, where new developments were reviewed and breakthroughs were shared, with another section containing virtual simulations and training and another one devoted to high tech”.

EAES president Salvador Morales outlined the trends and the three keys to the technological revolution: robotics, artificial intelligence and augmented reality. “In robotics, we know about the Da Vinci surgical robot. Now two new robot models made by two different companies have just reached the market and they’ve been presented here in Barcelona: Versius and Hugo. As for artificial intelligence, the revolution is based on connecting data to improve surgery and decision-making, while in the case of augmented reality the future will involve working on an atlas of the anatomy, image-guided surgery, navigation and 3D models”.

The congress fulfilled its goals of consolidating knowledge and recommending procedures. Two “consensus talks” were therefore held, serving to draw up two documents with recommendations on specific issues that will be used as guides in the coming years.

The IFSES (International Federation of Societies of Endoscopic Surgeons) brings together 10 inter-continental societies with 78,000 surgeons. Its world congress, traditionally held on a biannual basis, has shifted to an annual format. After Barcelona, the next confirmed congresses will be held in Seoul (South Korea), Cartagena (Colombia), Kolkata (India) and Singapore (China).