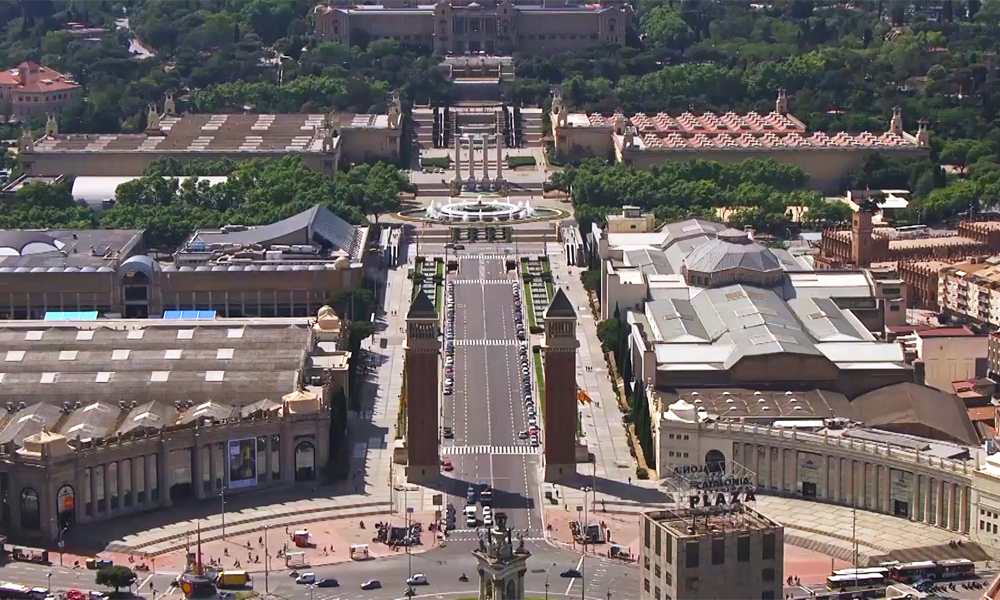 The urban transformation of the Montjuïc venue, which combines trade fair activity and other public uses, is intended to modernise Fira de Barcelona’s facilities with the aim of turning them into an international and urban flagship for the 21st century with compact, efficient, flexible and sustainable installations allowing it not only to maintain the exhibition area for its activities, but also to reinforce it. The project also envisages the creation of an area for generating permanent economic activity in different event-related sectors.

Following the participatory process conducted by Barcelona City Council, the urban planning procedure for the updating of the plan, which envisages a profound modernisation of the area, has been launched. Thus, among other initiatives, the plan will entail the optimisation of the trade fair facilities with the updating and conservation of the listed historic buildings under the parameters of efficiency, digitisation and sustainability, upon the basis of a renovated and quieter Avenida Reina Maria Cristina designed for pedestrians and public transport.

The work will include the building of a new two-storey multi-functional hall at the existing Palacio de Congresos and Plaza Univers, as well the renovation of the congress centre in the existing Palacio Alfonso XIII (Palace 6). Improved logistical operations are planned by means of a new underground area.

Constantí Serrallonga, Fira de Barcelona’s general manager, emphasised that the project will allow “maximum optimisation of the fairground and no loss of exhibition area as a result of the creation of more compact, modern and flexible buildings to maintain and reinforce our trade fair activity over a smaller surface area”. He underlined that “it will become an iconic and unique venue in Europe for the hosting of local and international fairs.”

It will be aimed at small and medium-sized events and others in the congress sector that are looking for an emblematic location in the heart of the city, thus complementing the Gran Via venue, which is already being extended with the intention of holding large domestic and international professional events, and the CCIB, which hosts congresses and conventions.

New area of economic activity
Another of the innovations at the new venue is the creation of an area located in the Palacio del Vestido (the Plaza España façade of the current Palace 8), which will be aimed at creating economic activity induced by promoting entrepreneurship, innovation and knowledge transfer in sectors related to the institution’s major fairs in order to provide more opportunities for companies, economic sectors and the general public.

The City Council and Fira de Barcelona continue striving to develop and realise the project to make the work compatible with the trade fair activity, and it is expected to be completed within the framework of the 1929 International Exhibition centenary celebrations.