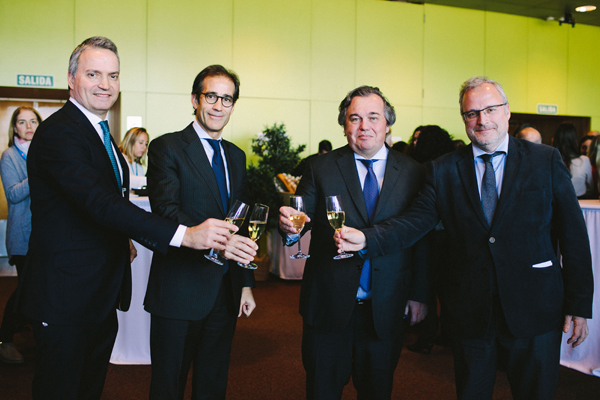 An agreement envisages the progressive transition of the change in the CCIB management, which from late 2021 will be carried out by Fira

Fira de Barcelona will take over the management of the CCIB (Barcelona International Convention Centre) in November 2021, thus guaranteeing, as a result of the agreement signed yesterday, the progressive transition of the CCIB’s management, level of activity and jobs. The possibility of jointly undertaking new international projects is also envisaged.

The agreement between Fira de Barcelona and GL events, which will continue beyond 2021 with business cooperation and the provision of services by the French operator, thus enhances this important congress venue in Barcelona and the synergies between the two organisations.

In this regard, it is established that, from now on and until Fira takes over the CCIB management, the two organisations will jointly market the areas of the venue for events to be held between November 2021 and 2026, thus maintaining their contribution to the activity and occupation of Barcelona’s congress centre, located in the Besòs neighbourhood.

The aim, in addition to securing CCIB’s positions of employment and business model, is to facilitate the transfer and generate synergies during the transition period for the benefit of the convention centre itself, its customers and the city’s status as a venue for trade fairs.

Thanks to the endeavours of the excellent professional team, as well as the confidence placed in the future of the Forum district, an area of the city that was poorly developed at the time, it was possible for GL events to commit to the Barcelona International Convention Centre more than 15 years ago.

The CCIB, which has a surface area of than 100,000 square metres, had a turnover of nearly €38 million in 2018 from hosting 119 different events. Since it commenced operations in 2004, it has hosted more than 1,500 events of all kinds, including congresses, conventions, cultural events and concerts, with more than 6.8 million attendees.