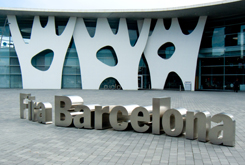 Fira de Barcelona has won the international tender to manage, along with the operator Elan Qatar, the new Middle East exhibition site, Doha Exhibition and Convention Center. Moreover, it has signed an agreement with the Cuban government body Grupo Empresarial Palco to define the planning and organisation of specialised shows on the site of Pabexpo in Havana. In this way, Fira de Barcelona is strengthening its international strategy and positioning itself as a global events organiser.

The joint venture formed by Fira de Barcelona and Elan Qatar has won the international tender to be the sole operator of the new exhibition site in the country for the next 5 years. This business alliance will be responsible for managing the site and attracting and jointly organising new shows and conventions on the modern site built this year by the Qatar Ministry of Tourism.

Over the last two years, Fira de Barcelona and Elan Qatar have together organised the Qatar Motor Show and the Doha Jewellery and Watches Exhibition, held last February in the Qatar National Convention Center, and they are set to organise two new shows, one on cosmetics and another on childhood this year, as well as others in different sectors, such as multimedia and luxury goods, in 2016.

Moreover, Fira de Barcelona has reached an agreement with the government of Cuba through Grupo Empresarial Palco, which manages the country’s two exhibition sites, Expo Cuba and Pabexpo, and the Convention Palace in Havana, to design and organise a new portfolio of shows and conventions specialised by economic sector, as at present Cuba focuses only on multi-sector fairs. The Barcelona institution will also be responsible for helping to attract companies to these events and market them internationally.

These two agreements strengthen the strategy that Fira de Barcelona has been developing in recent years to consolidate its presence abroad, and above all to support internationalisation and generate new business opportunities for the companies that participate in its shows. In this respect, Fira de Barcelona, in addition to these activities in Doha and Havana, is participating in the organisation of Smart City Expo in Kyoto, Montreal and Puebla (Mexico), to take place in 2016. It also jointly organises Alimentaria Lisboa and Alimentaria México, the Fórum Santé in Montreal and manages participation in Construmat Ficons (Recife, Brazil). Moreover, it has signed agreements to provide consultancy services on fair management in different countries, such as Canada, Chile and Mongolia.

The growing international presence of the exhibition institution, linked to the intense activity on its venues on Montjuïc and Gran Via and its dimension as a business platform attracting major international events, helps the progressive positioning of Fira de Barcelona as a global events organiser.

Given the increasing expansion of the international business, the institution has constituted the company Fira de Barcelona International Exhibition and Services S.L., of which it owns one hundred per cent, exclusively for the management of its activity abroad.