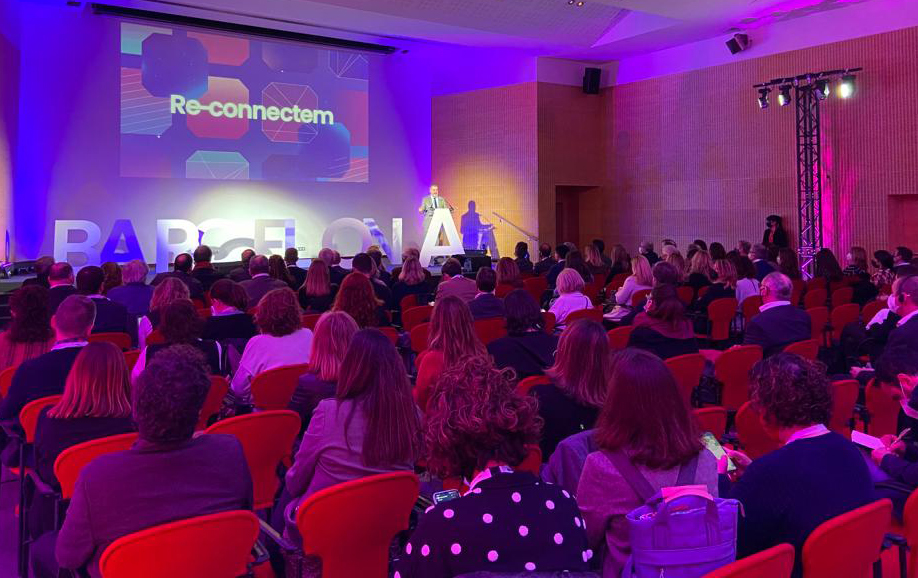 The Barcelona MICE Destination Support Programme intends to relaunch the city as a tourism leader in the events industry.

The Barcelona City Council endows the Barcelona MICE Destination Support Programme with 3 million euros. The goal of the programme is to both boost recruitment and promote loyalty of congresses and events in the city.

The creation of the programme is a response to the need to contribute to the reactivation of the city’s economy, launching new support measures for the tourism meetings sector, one of the sectors with a most significant economic impact and greater returns to the city, associated with a seasonally adjusted visitor profile. The MICE sector includes, among others, congresses, conventions, incentives and exhibitions, and this programme should be an incentive for Barcelona to continue leading this strategic sector.

Barcelona MICE Destination Support Programme was created as a special measure for post-pandemic economic reactivation. It is an initiative that has an initial financial contribution of 3 million euros from the Barcelona City Council for the promotion that will be managed by the Barcelona Convention Bureau of the Barcelona Tourism Consortium with the support of a number of agents involved, notably Fira de Barcelona and Barcelona de Serveis Municipals (B: SM).

The Barcelona Convention Bureau (BCB) is a division of Turisme de Barcelona that promotesthe city as a destination for congresses, meetings and incentive trips.

The objective of the programme is to support key congresses and events for Barcelona that consider continuity in the city in future editions and that are aligned with strategic economic sectors in the city. The programme will provide support to events that are identified as key to the future of technological development, cultural impact and identity, as well as those that allow establishing synergies with Barcelona’s economic structures.

The programme identifies events linked to priority sectors: digital, creative industries, local economy, industry 4.0, life sciences, green and circular economy, commerce, logistics, visitor economy, and talent as well as those that may be considered of special interest by the city.

To enter the programme, criteria such as the size of the event will be taken into account, prioritizing congresses that bring together more than 500 people and that involve overnight stays in the city. Other considerations are the incorporation of sustainability criteria and ethical codes in organizations and in the management of events. Likewise, it will also be valued that the event has a positive economic, environmental or social impact on the local fabric.

Given the current situation, preferential treatment will be given to the 2022 congresses the Barcelona Convention Bureau has been in contact with, in order to reinforce the “Welcome back” message and the importance of returning to face-to-face activity as a declaration of support towards congress organisers.

The support will take the form of actions aimed at covering the expenses of the events in certain areas and services that the Turisme de Barcelona Consortium will assume under the programme.

The support committed to each congress or event may be carried out in different phases, either in the recruitment phase, during its promotion or at the time of the congress.

This measure and its endowment can also grow by incorporating more economic resources contributed by other public or private institutions. The Turisme de Barcelona Consortium will present proposals to continue nurturing the programme with private resources, seeking mechanisms for public-private collaboration.

Profile and impact of MICE tourism in the city
According to the ranking of the International Congress and Convention Association (ICCA), Barcelona occupies the fourth position in the world as a conference organizer and the first as a non-capital city of the state. According to the ranking, Barcelona has been in the Top 5 for 20 consecutive years in the organization of congresses.

The economic impact of MICE tourism (Meeting, Incentives, Conferencing, Exhibitions) in the city is very significant. According to 2019 data from the Barcelona Convention Bureau, congress and convention tourism generates around 1,900 million euros annually in Barcelona.

One of the remarkable aspects of meeting tourism is its contribution to the seasonal adjustment and decentralization of tourist activity in destinations, as well as the legacy events can leave in the form of knowledge and experience of the different subjects they deal with.

According to the Barcelona Tourism Observatory’s congress visitor profile survey, it is calculated that tourists traveling for professional reasons can spend up to € 115 per day apart from accommodation during their stay. An expense that represents 51.8% more than that of the visitor who comes to Barcelona for holidays or leisure. If we add accommodation, the figure reaches up to 64.9% more than the leisure visitor’s expense. Tourism in the MICE sector represents 19.7% (2019) of the overall number of tourists that the city receives, a figure that in 2020, in the midst of the pandemic, stood at 11.8%.

People who travel for the purpose of a congress or event do so  alone or with co-workers and their average age is 38.2 years. They book the trip directly with the transport or accommodation company, although in 25% to 35% of the cases the arrangements are carried out by their companies. 72.9% of them sample the food, explore the city on foot or by taxi and spend an average of 4.7 nights in the city. The degree of repeatability is high, reaching 84% in 2020 and 70% in 2019. In addition, 72.8% of the congressmen and women knew the city prior to the congress and out of these individuals, 36.4% of them had been to the city six or more times.

Turisme de Barcelona
Through the Barcelona Convention Bureau (BCB), Turisme de Barcelona carries out a yearly international promotion agenda at fairs and workshops in the most relevant source markets such as China, Mexico, Russia or India in terms of emerging markets. BCB also works in mature markets such as Germany, the US, France or the UK. Each year, BCB files between 60 and 80 applications to host congresses and participates in various networking missions and commercial visits to promote and boost the business sector.

Besides the congresses that are already confirmed, Turisme de Barcelona is currently working on candidatures for 90 new congresses for the next few years. Approximately 40% of the overall candidates are in the medical-scientific sector, with the ICT sector (Technology and Telecommunications) amounting to 15%. There are currently more than 150 confirmed congresses in the coming years and 90 applications open until 2027.

Fira de Barcelona
Fira de Barcelona is one of the key agents in promoting MICE tourism in the city and contributes to its positioning as a benchmark in strategic sectors such as technology, medicine and industry. In a context of full activity, every year Fira hosts more than 150 exhibitions, congresses and events that attract 30,000 direct and represented companies and 2.5 million visitors from 200 countries and territories. Events such as MWC Barcelona, ​​Integrated Systems Europe (ISE), Alimentaria, Seafood Expo Global, Hispack, Smart City Expo World Congress, European Congress of Cardiology, Boat Show or Automobile, among many others, stand out.

It has two venues, Montjuïc and Gran Via, and since last November it has also managed the Barcelona International Convention Center (CCIB), which together with Fira de Barcelona’s own spaces, amount to nearly 500,000 square meters of gross exhibition area.

According to a study carried out by the Barcelona Institute of Economics (IEB) of the University of Barcelona (UB) that focuses on the institution’s activity during the 2015-2019 period, Fira is an important economic and social driver, with an estimated impact of more than 4,700 million euros and the generation of 35,000 jobs.

B:SM promotes the organization of MICE activities with the ability to find the best synergies in public-private partnerships. It stands out in the organization of events, musical concerts and large scale sporting events, both international and local.

In the context of the pandemic, from 2020 to the present, the Anella Olímpica and the Parc del Fòrum have hosted more than 286 events that have brought together almost 500 thousand people. B:SM has also been the promoter of the first massive concert in the world at the Palau Sant Jordi with a previous antigen test that brought together 5000 people. Also, B:SM hosted  Trial Indoor Barcelona, two editions of the annual World Padel Tour competition, the Spanish club championships of athletics and the International Indoor Athletics meeting, as well as the first massive music festival in Europe, Cruïlla. B:SM was the first company to obtain Global Safe Site certification for all of its facilities.

It should also be noted that for more than 30 years the Anella Olímpica has hosted family events such as the Festa dels Súpers, Disney on Ice or Cirque du Soleil, and corporate events of brands, such as those held within the context of Mobile, Fira Biocultura, Herbalife or the closing ceremony of the BCN Tech Spirit.

In non-pandemic years the number of events and experiences at the Anella Olímpica and the Parc del Fòrum exceeds 200 events, bringing more than 2 million visitors per year to these facilities.