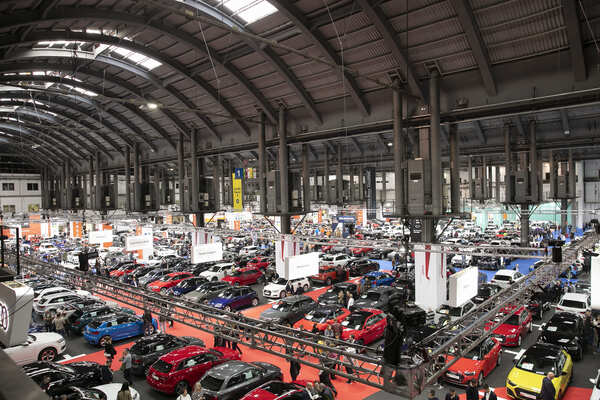 Fira Barcelona’s Salón Ocasión has sold more than 3,400 semi-new and second-hand cars, 10% more than in last year’s edition, which is a record figure in the history of the event. In this sense, over 10 days, it is calculated that the event generated a turnover of approximately €70 million in vehicle sales, taking into account an average unit price of €21,000.

Visitors to Salón Ocasión, which was held from 29 November to 8 December at the Montjuïc venue, with the support of Gremi del Motor and FECAVEM, showed interest in acquiring cars that comply with the new low emission zone regulations that will come into force in January. In this way, the event contributed to renewing the city’s vehicles by selling more than 3,400 cars that comply with environmental regulations.

On the other hand, the number of attendees has increased by 15% in relation to the 2018 edition with more than 24,000 visitors who were interested in vehicles with a maximum age of three years in particular, and whose prices ranged between €18,000 and €32,000.

The president of Salón Ocasión and the Federación Catalana de Vendedores de Vehículos a Motor (FECAVEM), Jaume Roura, showed his great satisfaction with this year’s edition and he highlighted, “the event’s good results indicate the great time that the second-hand vehicle industry is going through and demonstrates that it is the most important semi-new car dealership in Catalonia”.

In addition to the direct sales carried out at the event, the Salón Ocasión helped to initiate many operations that will take place over the next few days at the different dealerships, so that the event also contributes to the increase in sales of second-hand and semi-new cars in December.

Precisely, the success of this edition is in line with the good results of an industry that, according to a study by the Gremi del Motor and the Federación Catalana de Vendedores de Vehículos a Motor (FECAVEM) carried out within the framework of the event, indicates that in the first ten months of 2019 more than 275,000 second-hand vehicles were sold in Catalonia, representing a 6% increase over the same period last year. In Spain, sales grew by 9.2% with more than 1.8 million units.

The vehicles put on sale at the 39th edition of the Fira Barcelona’s Salon Ocasión were fully guaranteed and checked by Applus+, which ensures their perfect condition for driving, as well as complying with current environmental regulations.