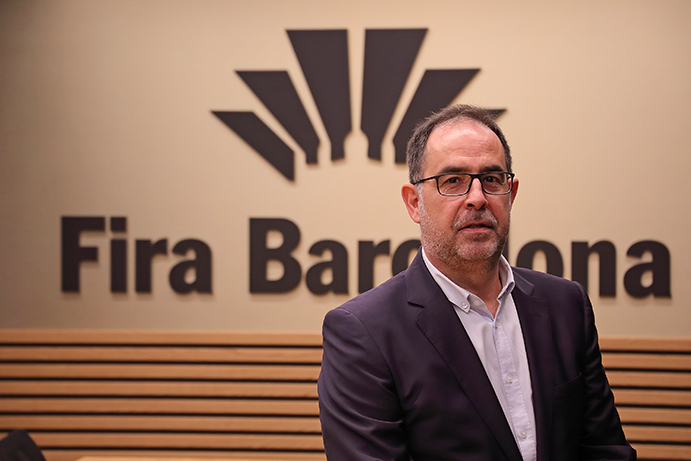 Fira de Barcelona's packaging, processing and logistics trade fair will be held from 20 to 23 April 2021

Fira de Barcelona’s Board of Directors has appointed Jordi Bernabeu, Markem-Imaje’s director in Spain and Portugal, as Chairman of the organizing committee of Hispack 2021, the international trade fair held every three years specializing in packaging, processes and logistics. The eighteenth fair will be held from 20 to 23 April 2021 at the Gran Via venue. Bernabeu takes over from businessman Javier Riera-Marsá, who held the chairmanship during the 2006-2018 period.

Jordi Bernabeu (Sabadell, 1963) graduated in Business Studies and also has a master’s degree in Business Administration. The career of the new Chairman of Hispack, going back more than 30 years, has been in the world of packaging. Since 2014 he has headed the Spanish and Portuguese division of the US multinational Markem-Imaje, one of the world’s leading manufacturers of product coding and labelling solutions and industrial printing and labelling equipment. The Iberian subsidiary has 90 employees and an annual turnover of 35 million euros. Bernabeu previously held the post of Zone Manager Iberia at Markem-Imaje Spain and other management positions at Imaje Tecnologías de Codificación S.A., a firm he joined in 1987. The latter subsequently merged with Markem in 2007.

Bernabeu has a good understanding of Hispack as an exhibitor and a member of its organizing committee since 2009. Similarly, we should highlight Bernabeu’s involvement in the world of associationism, as he is on the board of directors of Graphispack Asociación, an organisation that brings together suppliers for the graphic, packaging and POS industries in our country and promotes the organisation of Fira de Barcelona’s Hispack and Graphispag fairs.

The new Chairman declared that he assumes this responsibility “with great enthusiasm and the aim of continuing to promote Hispack’s growth, its leadership as a trade fair platform for this country’s packaging industry and its international expansion”. Bernabeu takes up the position at a time when Barcelona’s iconic packaging, processing and logistics fair is defining its strategic plan until 2024, with the specific challenges of increasing the international presence of companies and professionals, promoting specialities related to the packaging industry, bringing together all the innovation in the industry and continuing to identify the trends marking the evolution of wrapping and packaging.

In terms of size, Hispack is the second largest event in the portfolio of fairs organised by Fira de Barcelona. The last fair held in May was attended by 843 direct exhibitors representing 1,400 brands. The event occupied almost 40,000 net m2 of exhibition area and attracted 39,600 visitors, 10% of whom were from abroad.