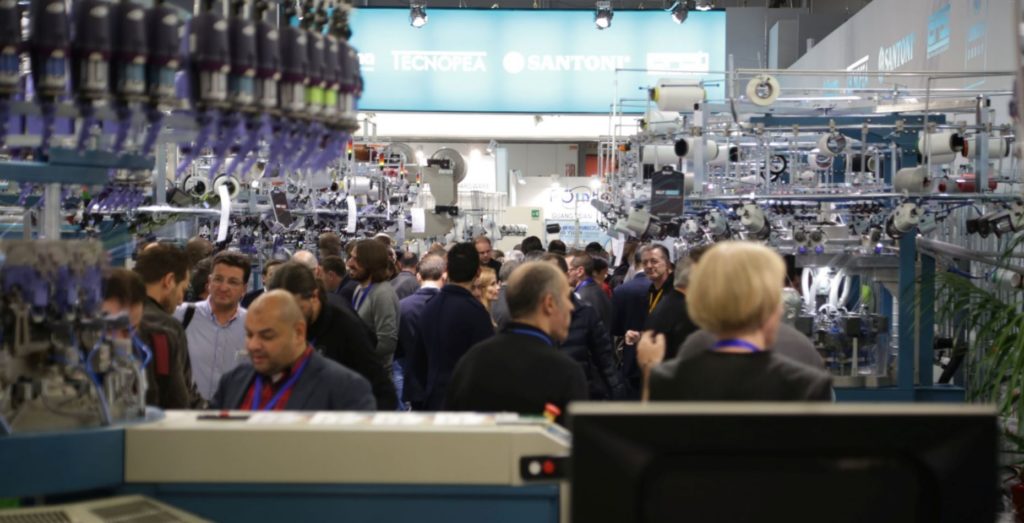 It will cover the entire Gran Vía venue, with 127,000 expected visitors

Fira de Barcelona is hosting ITMA, the world’s leading textile technology trade fair, which will cover the entire Gran Vía venue and welcome nearly 1,700 companies that will be presenting their most innovative products and showing the technology being developed for the textile and clothing sector. Barcelona is hosting this major professional trade fair for the second time after the 2011 edition.
ITMA, which will take place from 20th to 26th June, will feature the participation of major internationally recognised companies, 60% of which come from European countries, while the remaining 40% come mostly from China, Turkey and India. Spain is the third most represented country in Europe, behind Italy and Germany, with 87 companies present. In addition, the trade fair is expecting to receive 127,000 visitors over seven days and will generate, according to the organisers, an economic impact of about €343 million in the city of Barcelona and its surroundings.
The General Manager of Fira de Barcelona, Constantí Serrallonga, has pointed out the importance of hosting this event again, “as it is not only of great importance for the business and the internationalisation of the sector in this country, but also contributes to projecting the image of Barcelona as a city of congresses and businesses, and consolidates Fira de Barcelona as one of the main platforms for holding events”.
This year, sustainability is playing an important role in the holding of the trade fair, through activities such as the Innovation Lab, where both experts and clients will be able to exhibit and learn about new textile machinery with the aim of continuing to work in support of the environment to achieve energy and water savings in the sector.
In addition, ITMA will once again feature forums at which professionals and associations can announce their news and have the opportunity to establish collaborations with other companies. Examples of some of these meetings are the meeting of leaders in the textile chemicals and dyes sector and the European conference on digital textiles.
Fira de Barcelona is hosting the trade fair organised by the manufacturers themselves (CEMATEX) with the collaboration of amec-amtex, the association that represents the Spanish textile machinery industry. Since 1951, the event has been held every four years in a European city, and every two years in China. This is the second time that Fira de Barcelona will be hosting the event, following the 2011 edition.
Barcelona, 18 June 2019
Communication Area
Fira de Barcelona
Av. Reina Maria Cristina, s/n
08004 Barcelona
Tel. 93 233 20 00
prensa@firabarcelona.com
Previous
Next