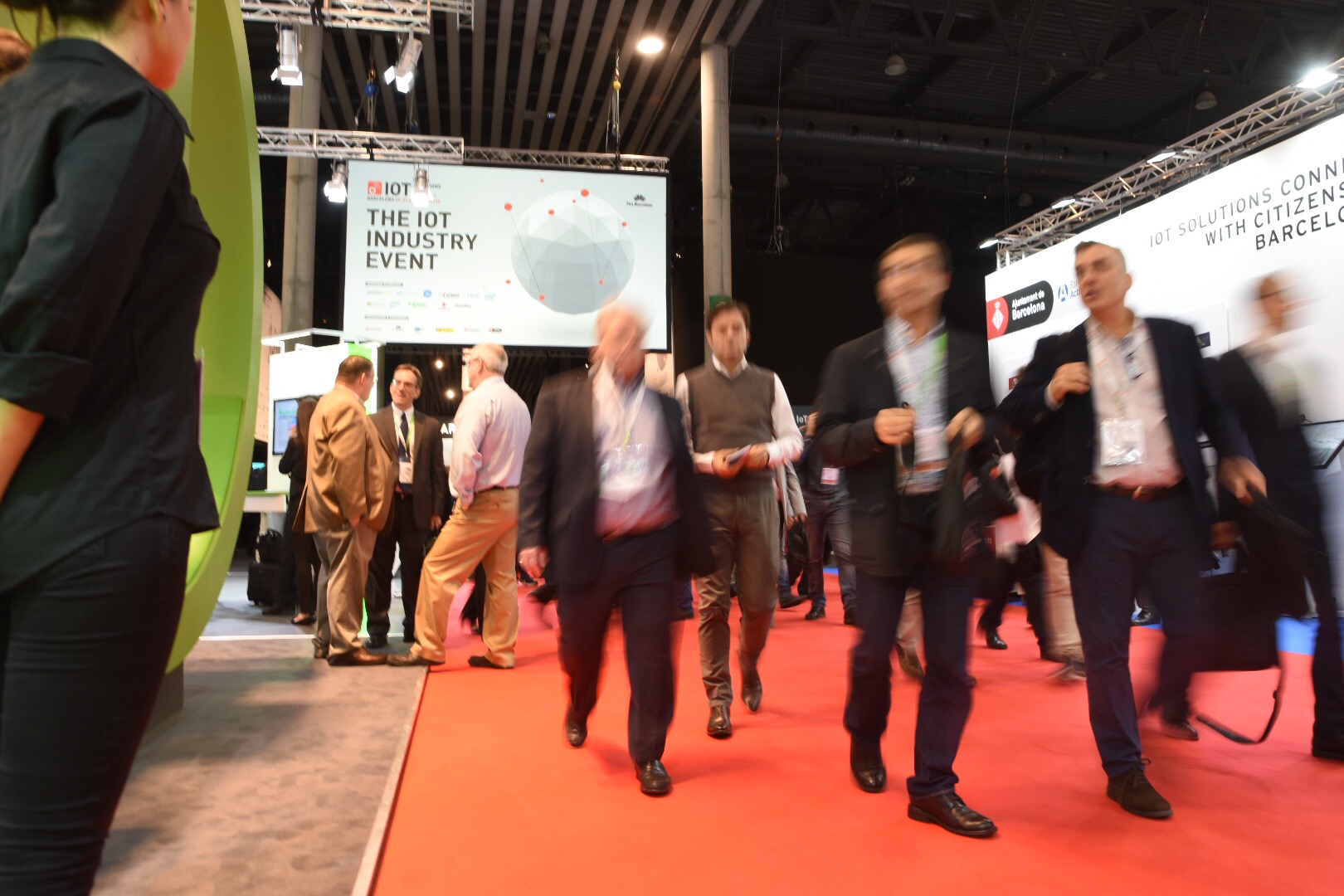 A few hours before closing the second Internet of Things Solutions World Congress (IOTSWC), the event organized by Fira de Barcelona that focuses on the industrial applications of the Internet of Things(IoT), has doubled the figures registered on its first edition with 172 exhibiting companies and over 8.000 attendees from 70 countries. The intense activity registered during the three-day conference positions the event as one of the major international platforms promoting this new technology sector.

El director of the IoTSWC, Roger Bou has said “from the organization, we are very satisfied with the progress experienced by the event in just two years. Both the level and the number of speakers and companies present in this second edition represent a quantum leap over last year. Also in this second IoTSWC we could perceive the great evolution experienced by the sector itself which has gone from a near to prototyping stage to a fully developed market of solutions this year. For the next edition we are convinced that the sector will have evolved even more and will make our event the go-to-market international event.”

With the aim of connecting technology and industry and also to create the best possible platform where companies and experts can create together the best ecosystem for the rapid deployment of these technologies, the IoTSWC has organized a congress program with more than 170 experts and an exhibition area showcasing the latest solutions available including 10 testbeds display real industrial applications of industrial IoT technologies. In addition, the event hosted some world premieres such as the global launch of the Atom E3900, Intel’s new chip specifically designed for every possible IoT device.

Moreover, the IoTSWC has solidified partnerships with the Industrial Internet Consortium (IIC), Industrie 4.0, and the Industrial Valuechain Initiative (IV-I), granting the event unparalleled support from and access to the most important industry associations in the sector.

The third edition of the IoTSWC will be held on October 3- 5 2017 at Fira de Barcelonas Gran Via venue.