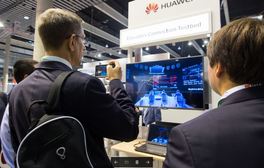 The exhibiting companies should send their proposals before June 11

IoT Solutions World Congress (IoTSWC) is looking for the 10 most innovative projects of the year in the areas of industrial internet, blockchain and artificial intelligence that will be included in the testbeds area of the event that will be held from 16 to 18 October at Fira de Barcelona. IoTSWC in collaboration with the Industrial Internet Consortium (IIC) has launched a call among companies and entities around the world that are working with these technologies to select the most disruptive proposals and show them in action to more than 14,000 visitors. The registration period ends on 11 June.

IoTSWC is the only international event of its kind that includes an area of testbeds or test banks. These are experimental platforms designed to show live the real solutions of the industrial IoT in a visual, dynamic and tangible way. In addition, these testbeds developed by leading companies demonstrate how different firms in the IoT value chain can collaborate to develop new products and services. In addition, they confirm in practice that technologies can be implemented in a useful way in very diverse industrial environments. As a novelty this year the testbeds area will also incorporate proposals that show the convergence and close collaboration of the IoT with the blockchain and artificial intelligence.

To be able to present a solution at the testbeds area, you must be an exhibitor company of IoTSWC 2018. A jury made up of experts and representatives of different technological companies will evaluate each one of the proposals taking into account their degree of innovation, the impact they imply for the industry or society, and the visual effect of their staging within the framework of the event.

At the end of next July, the jury will decide the 10 projects that will be exhibited in this space that, due to its location in the middle of the commercial exhibition area, usually attracts the attention of visitors. Also, from among these projects will be chosen the best testbed of the event, a recognition that will be awarded at the Gala of the IoT Solutions Awards that will take place on October 17.

At the last edition of IoTSWC, in the area of testbeds it was possible to see lifts, boats, drones and irrigation systems connected via IoT to facilitate maintenance and remote management, as well as robots that inspected transformers full of oil on the platforms oil or systems to prevent frost in fruit fields. There were also solutions to improve job security in industry, eliminate inactive time in the factories and interconnect machines and industrial processes, as well as a cold logistics management system and a demonstration to prevent a cyber-attack.

IoTSWC 2018 plans to bring together more than 300 IoT supplier companies through its global centres, including leading information technology companies, software platform developers, hardware manufacturers, security companies, service and telecommunications operators, or industrial automation companies, among others. In addition, more than 250 world experts in this technology and industry representatives will participate in its congressional approach to address the impact of IoT solutions in a range of environments, as well as its relationship with blockchain and artificial intelligence.