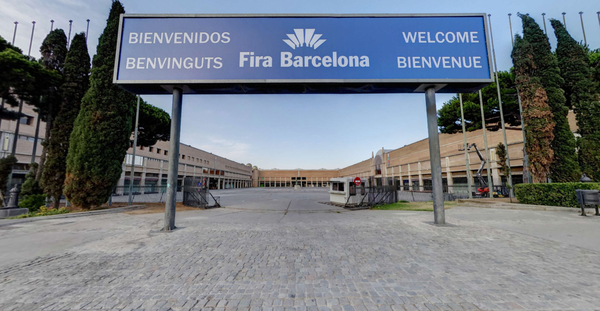 La Plaça de l’Univers at Fira de Barcelona’s Montjuïc venue will stage various shows during the months of July and August for the Cruïlla XXS Festival, with a series of open-air performances which the event has organised under a new format, adapting to the current situation resulting from the Covid-19 pandemic. Thus, this summer Fira will open its venue to host these concerts and cultural activities before resuming its fair activity in the month of September.

So, from 10th July to 1st August, the Plaça de l’Univers will host up to nine musical performances, including family themed concerts, jazz concerts and tribute bands of large groups from the international scene. To be highlighted among them include the family recital offered by Dàmaris Gelabert, on 25th July; the surprise performance from Fura dels Baus, on 17th and 18th July; and the tribute groups such as David Bowie: Absolute Beginners, I Love U2, Smoking Stones and Abbey Road, on 10th, 11th, 24th and 26th July respectively; as well as the show to be given by the comedian Pep Plaza in collaboration with the Big Band Jazz Maresme group on 1st August.

Cruïlla Festival’s new series of performances will extend to several venues across the city of Barcelona and will include more than 200 activities, consisting of theatre shows, circus and dance performances, as well as concerts and monologues. Thus, the Plaça de l’Univers at Fira de Barcelona’s Montjuïc venue joins the other spaces such as Poble Espanyol, the Olympic Ring at Montjuïc, Camp Nou Football Stadium and the Sant Pau Modernist Venue, among others, all chosen for their large sizes and the fact that they are able to host events whilst respecting the social distancing measures required by the current circumstances and for being outdoors.

Return to activity
After the break enforced by the pandemic, Fira de Barcelona will thus return to activity by holding an event at its venues as a prelude to resuming its fair activity which is planned for the month of September with both physical and virtual trade shows such as the Valmont Barcelona Bridal Week, Biz Barcelona and Ocupació, the Boat Show, Ocasión, Smart City Live and the IBTM show, among others.