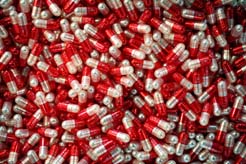 After its success at the last Expoquimia, which was held in 2011

Fira de Barcelona’s Montjuïc Palacio de Congresos (Congress Hall) will host PharmaProcess, an international forum at the service of the pharmaceutical industry in an initiative that aims to meet the needs voiced by this sector. At the last Expoquimia, held in November 2011, the pharmaceutical industry had its own space at the show. After this successful experience, the sector’s leading companies and associations and Fira de Barcelona have reached an agreement to organise the European Union’s first independent congress event about pharmaceutical processes.

The first ever PharmaProcess will convene this industry’s most important experts to reveal the sector’s latest technical advances in a programme consisting of two plenary sessions and various conferences about the natural conceptualisation of processes that go from development to distribution.

The clear vocation of the forum is to create a debate space, a premiere in Europe, which allows the exchange of know-how and expertise on organisational and technological innovation in pharmaceutical processes in order to achieve maximum optimisation of resources. In this sense, PharmaProcess will feature a space for project presentation called Open Innovation Market Place, where supply and demand can meet. The list of topics to be debated includes the analysis of current regulations, the current degree of development of processes, management of suppliers and biotechnology.

PharmaProcess, which will have an exhibition area featuring all segments involved in the development of the pharmaceutical process, from the start to product manufacture and distribution, has the collaboration and advice of a scientific committee of pharmaceutical experts.

The list includes representatives from companies, such as Almirall,Telstar, Reig Jofre, Lapeyra&Taltavull,Laboratorios Esteve and Grífols and from sector associations such as Farmaindustria, the association that represents the leading pharmaceutical companies and laboratories in Spain, the Asociación Española de Farmacéuticos de la Industria (AFEI), the Spanish chapter of the International Society for Pharmaceutical
Engineering (ISPE), the Asociación Española de Medicamentos Genéricos (AESEG), the Asociación para el Autocuidado de la Salud (ANEFP), the European Federation of Pharmaceutical Industries and Associations (EFPIA) and BioCat.

According to data from Farmaindustria’s 2011 Report ¿the last one published-, sales of pharmaceuticals dropped 5.1% to 13,941 million Euros at laboratory sale prices. Exports were 0.8% lower than in 2010, dropping to 8,808 million Euros.