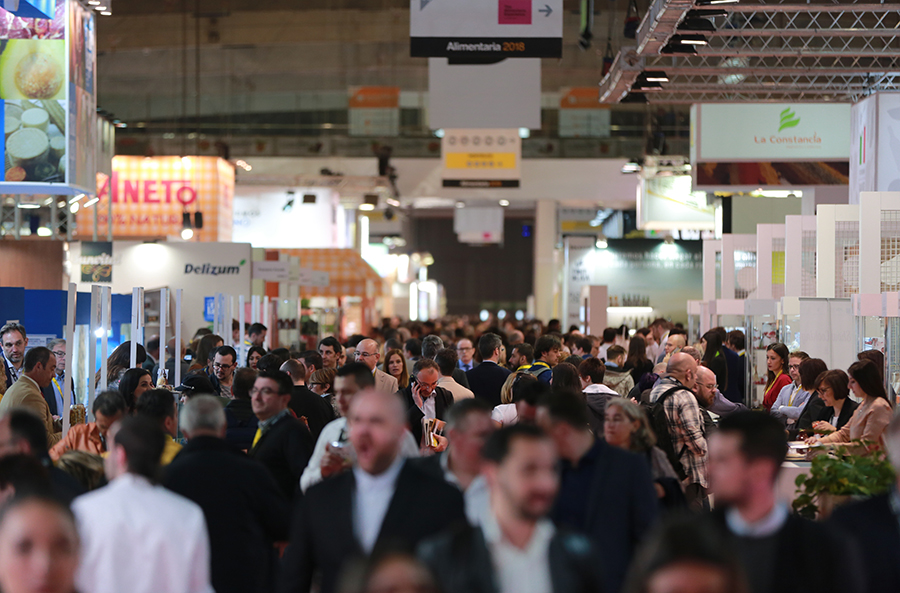 The great fairground platform of the food and hospitality industry formed by Alimentaria & Hostelco closes its first joint edition today with great turnout, internationalization and business success. The excellent results and the synergies achieved are proof of the success of the co-celebration model of these two leading showrooms, which turn the event into a major international milestone that traces a future line of strategic interest for their respective industries.

The 4,500 exhibiting companies from 70 countries and the nearly 150,000 registered visitors, 30% from abroad, from 156 countries, as well as an estimated economic impact of 200 million euros, reflect the strength of this joint edition that covered 100,000 m2 of net exhibition space, practically the entire Gran Vía area of Fira de Barcelona.

The president of Fira de Barcelona and Alimentaria, Josep Lluís Bonet, emphasised “how right was the choice of having the two showrooms simultaneously, strengthening the existing complementarity and offering, in this way, a large platform of business and networking for the professionals of such important sectors for the Spanish economy”. He also stressed that it is a commitment to the future.

Alimentaria and Hostelco 2018 have jointly revalidated their leadership among European fairs in their sectors (food, beverages and foodservice on the one hand, and equipment and machinery for restaurants, hotels and catering services, on the other) and made available the most complete and transversal offer of the entire value chain of the catering and gastronomy industry to distribution professionals and the Horeca channel.

For the general director of Alimentaria Exhibitions, J. Antonio Valls, “The intense dynamics experienced during this edition reinforce the positioning of the event as a strategic partner of the sector in its unstoppable process of internationalization. This Alimentaria has witnessed the main innovations of the industry and has seen the strength and optimism of the protagonists of the sector”.

The president of Hostelco, Rafael Olmos, said that “this new joint platform will reinforce the growth of the already fully recovered hotel, restaurant and catering equipment sector, and will consolidate the internationalization of this industry “.

More business, innovation and gastronomy
On the other hand, the two showrooms have invited more than 1,400 key buyers, importers and distributors from Europe, Asia, Latin America and the United States that, together with other visitors with purchase decision power, held more than 12,500 business meetings with the exhibiting companies, 10% more than in the last edition. These meetings, organised together with the Federation of Food and Beverage Industries (FIAB), the Ministry of Agriculture, Food, Fisheries and the Environment (MAPAMA) and the ICEX España, have been highly valued by participating companies who recognise their usefulness when opening new markets.

Gastronomy and innovation have become once again the main players in the 150 activities of this edition aimed at enhancing the connections between the food, gastronomy and tourism industries. The Hostelco Experience and The Alimentaria Experience have brought together 35 chefs and 45 Michelin stars, and the leading international experts in wines, spirits, oils and coffee made their appearance in Vinorum Think, Cocktail Art, Olive Oil Bar, The Hostelco Live Hotel and The Hostelco Coffee Area, respectively. More than 21,500 exhibitors and visitors have participated in the gastronomic activities organised by both showrooms.

Alimentaria and Hostelco are the international promotion platform for the launch of new products by the exhibiting companies. More than 300 releases and launches took place during the celebration.

Furthermore, Alimentaria will show later this afternoon, once again, its most social and supportive side with the presence of 120 volunteers from Fundació Banc dels Aliments who will collect about 30 tons of food and drinks, donated by the exhibitors.

The next edition of the Alimentaria & Hostelco showroom will be held from 20 to 23 April 2020 in the Gran Vía area of Fira de Barcelona.