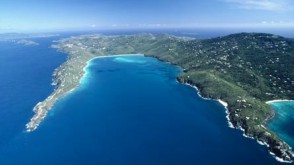 The opportunities and challenges of islands with regard to issues such as efficiency, urban planning and socioeconomic development will be on the table at the first Smart Island World Congress, the first global congress on smart islands. The event takes place on 20 and 21 April in Calvià (Mallorca), bringing together under a single roof more than 85 international experts and representatives of island administrations.
The municipality of Calvià (Mallorca) is hosting the first edition of the Smart Island World Congress (SIWC), the first global congress on smart islands, organised by Fira de Barcelona, Calvià Town Council and Mallorca Island Council with the support of the Balearic Islands government, the World Bank and UN-Habitat. The event aims to provide a meeting point between governments, cities and companies to tackle the challenge of finding new tools and services to mitigate the special characteristics of islands, such as floating populations, seasonality, mobility and retention of talent.
Another of the objectives of the SIWC is to present island territories as regions with a high quality of life; demonstrate their leadership in tackling the change of energy model; and showcase the opportunities of becoming connected regions in the global economy through new technologies. In short, a dialogue that shows the importance of islands in the different regions of the world when it comes to considering sustainable human development.
The congress programme will revolve around four main themes: New Connectivities; Urban & Social Development; Talent & Economic Growth; and Islands of the Future, based on which there will be 15 conferences, including keynotes, speeches, plenary sessions and side events involving more than 85 speakers and moderators.
The first Smart Island World Congress will also have an exhibition area and a networking zone where representatives of island cities, speakers, companies and visitors can make contact before and during the event. Some of the companies that have already confirmed their attendance include technology firms such as Microsoft, Fiware and Grupo Etra, and others from the tourism sector such as Meliá Hotels and Resorts. Some 1,500 delegates and 120 islands are expected to take part, including Bahrein, Bali, Corsica, Dominican Republic, Puerto Rico and Trinidad & Tobago. The first edition of the congress will host a prize-giving ceremony on the evening of Thursday 20 April to distinguish the best island initiatives for progress.
Smart cities, smart islands
The SIWC emerged from demands by island territories to position themselves as host venues for congresses on technology and innovation. The congress takes advantage of the consolidated experience of hosting the international Smart City Expo World Congress, which has been organised by Fira de Barcelona since 2011 and is now the world’s leading event in the smart city sector.
Barcelona, 7th March 2017
Communication Area
Fira de Barcelona
Av. Reina Maria Cristina, s/n
08004 Barcelona
Tel. 93 233 20 00
prensa@firabarcelona.com
Previous
Next