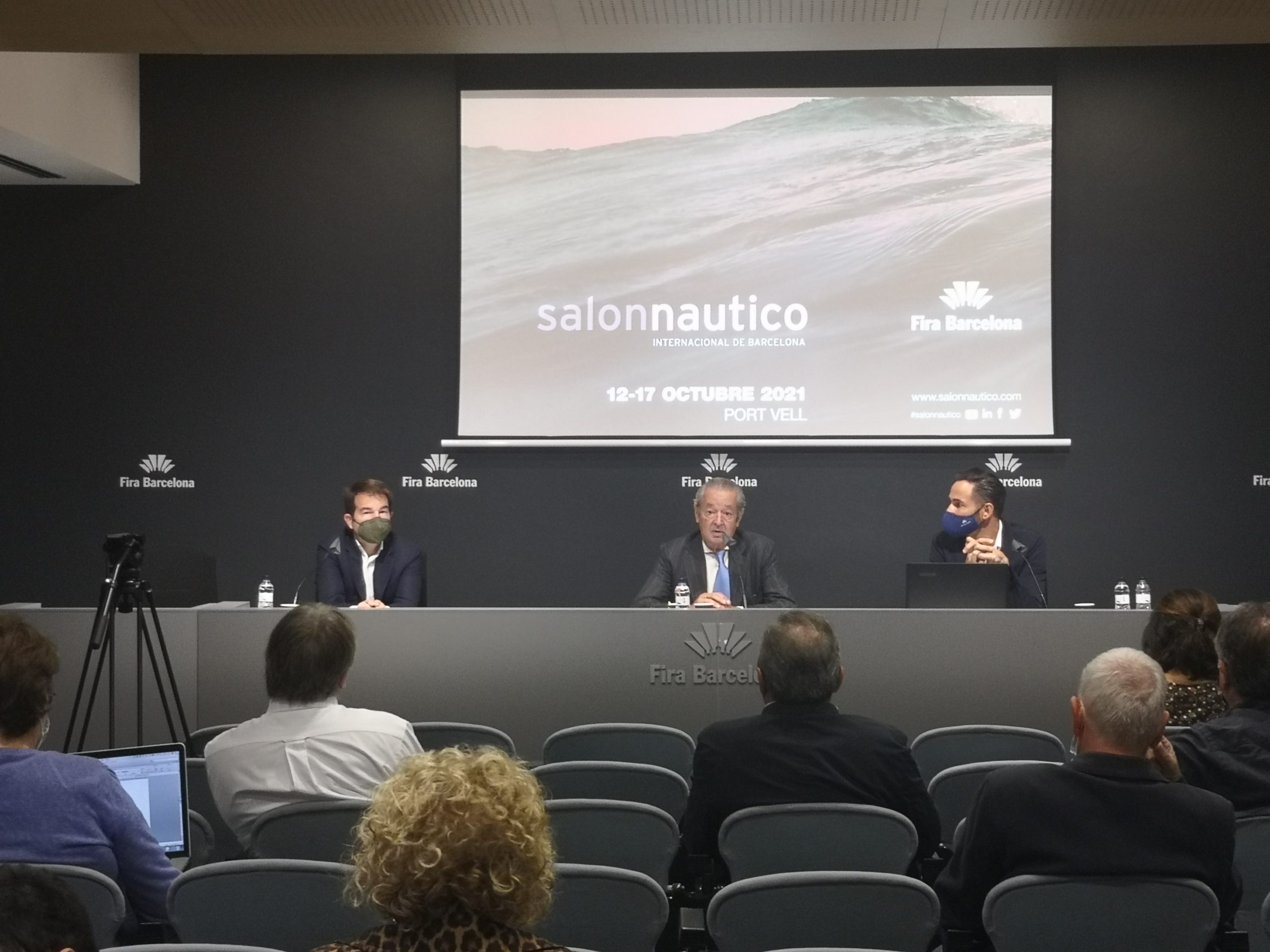 Major national and international brands, sector professionals, and sailing enthusiasts will take part in the Boat Show, which will once again fill Barcelona’s Port Vell with activities, boats, and novelties in an edition marked by sustainability, the revitalisation of business, and the return of nautical trade fair events.

Under the slogan ‘The Sea is waiting for you’, the event organised by Fira de Barcelona in partnership with the National Association of Nautical Companies (ANEN), will bring together more than 180 exhibitors and 500 boats, 176 of them in the floating exhibition, from 12th to 17th October. This will be an edition which, adapted to the current context, confirms its status as the leading nautical trade fair event in Spain and one of the most important in Europe.

Thus, with the aim of contributing to the consolidation of the reactivation of the sector, boosting commercial operations and promoting business meetings, in addition to networking, the Moll de la Fusta and de España will host the best models of brands such as Azimut Yachts, Bali Catamarans, Bavaria, Beneteau, De Antonio Yachts, Filippetti Yachts, Fjord, Fountaine Pajot, Hanse, Jeanneau, Lagoon, Pardo, Rodman, Sasga Yachts, Torqeedo, Touron and Yamaha, among others.

For Luis Conde, the president of the Boat Show, “after a summer in which nautical tourism has once again shown great activity on our coasts, it is time to promote a sector with great opportunities for the city of Barcelona and the whole country; to support it on its path towards sustainable sailing that respects the marine environment”.

In this sense, the event will be the forum where the brands will present nearly a hundred new products in all types of boats, engines, navigators, and accessories in which technological development, new materials and new energy sources, such as electricity, will point the way towards the sector’s ecological transition.

For his part, Carlos Sanlorenzo, the secretary general of the National Association of Nautical Companies (ANEN), values the summer nautical season positively: “The yachting market has outperformed 2019 turnover, with recreational boat registrations up 13% to the end of September. The European autumn boat shows, where the Barcelona Boat Show is an important event, are demonstrating the vigour of the sector. In the last two years, the nautical sector has managed to be very present in the tourism plans of many people, who have sought safe spaces in contact with nature.”

The event will showcase the largest floating exhibition currently available in Spain, while on land it will display a large number of small boats and inflatable boats, the latest innovations in electronics, engines, paints, sailboats, trailers, charters, and nautical services. It will also be the centre of all kinds of conferences, presentations and activities.

Towards more sustainable sailing
In this sense, sustainability will be the focus of the event’s conferences and activities. As Josep Antoni Llopart, its director, points out, “given our status as a leading event, we want to take an active role in promoting those actions that represent progress towards the blue economy; with this aim in mind, we will present this great challenge of the sector to companies, professionals, experts, and lovers of the sea”.

The Espai Mar conference space will host the conference ‘A commitment to the sea’ in which various experts will address, among other issues, climate change and the impact of nautical activity on the marine environment, and the main present and future solutions.

Visitors will also be able to see all kinds of initiatives that the sector is carrying out to care for the marine environment, such as electric boats, buoys that collect plastics, and companies that manufacture nautical-related products from recycled marine waste.

Furthermore, the event will dedicate the third edition of the Nautic Tech International Forum, organised with Seed&Click, to the promotion of the most disruptive start-ups in a session that will take place on the 14th in the presence of Virginijus Sinkevicius, the European Commissioner for the Environment, Oceans and Fisheries.

The start-ups that will take part in the event are Foilchemy, which has developed software for the control of hydrofoils; Jelurida, a company that has created a model for managing boat moorings using tokens; Kanarasport, which has launched an app for the gamification of nautical sports sessions; Sinay, a digital platform for data analysis for shipping companies or ports using artificial intelligence; and Nautic Proteus, an unmanned boat controlled by remote control for rescuing people at sea.

In addition, and as tradition, the Boat Show will be attended by the Catalan Sailing Federation at the Moll de la Fusta, which will carry out various activities to promote the practice of this sport that fosters values of sustainability, inclusion, and equality with trips to the sea, talks, and presentations.

Conferences and family activities
The Espai de Mar will also host other conferences, seminars, new product launches, company presentations, and regattas. This will be the venue for an act of homage to Jordi Xammar, bronze medallist in the 470 class; Florian Trittel, Nacra17 diploma holder; and Cristina Pujol, ILCA6 participant, all of them Catalan sailors who took part in the last edition of the Tokyo Olympic Games. There will also be presentations of the Salt Route and the 2022 Offshore Racing Circuit.

In the Moll de la Fusta, the Traditional Marine area will organise activities for the whole family such as outings and sea baptisms, workshops to make ropes from a replica of a 16th century machine or to make pulleys, as well as an exhibition on Juan Sebastián Elcano and the participation of the Albaola association from Pasaia (Guipúzcoa), which builds boats of heritage value for the public using traditional techniques and tools, recovering almost lost trades such as shipwrights’ carpentry. On a more recreational level, and among other activities, the eighth edition of the Barcelona Paddle Race, the most important open sea kayak race in Catalonia, will take place on Sunday 17th, starting from the event and finishing in Badalona.

In order to guarantee the safety of exhibitors and visitors, the Boat Show will apply the COVID-19 prevention and security protocol developed by Fira de Barcelona following the advice of the Hospital Clínic de Barcelona.