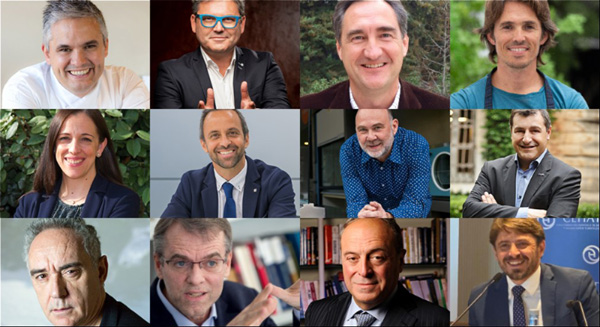 Renowned chefs, key industry entrepreneurs and experts on innovation in this field will meet on September 28 and 29 at the FHG Forum (Food & Hospitality, Tourism and Gastronomy Forum), the new congress with a hybrid, virtual and face-to-face format, which Fira de Barcelona organizes to support three industries whose reactivation will be decisive for the economic recovery of the country.

The estimation of the contribution of the food, tourism and gastronomy industries, strongly interrelated, to the national GDP is 25%, a real economic engine with a great international weight. FHG Forum, which will take place at the Palau de Congressos of Fira de Barcelona, ​​will bring together great protagonists of Spanish gastronomy, together with hostelry, restoration and food industry operators, to put on the table the first steps for the recovery in the current situation.

Following the motto “Rethinking the future”, FHG Forum is divided into three thematic blocks: Restoration, Foodservice and Agri-food Production; Hospitality, Communities and Tourism; and Retail, Large Food Distribution and Value Chain. Over the course of two days conferences, discussions and round tables will be held in order to create one of the main places for reunion and reflection of the industry represented by emblematic fairs such as Alimentaria, Hostelco and Fòrum Gastronòmic.

FHG Forum is being released in a new hybrid format that will combine face-to-face assistance with digital broadcasting of all his contents, in order to maximize their availability and facilitate the assistance of companies, associates and interested  professionals.

Ferran Adrià, president of elBullifoundation, will be in charge of the opening of the congress with an intervention in which he will enhance the need of management training for the survival of the restaurants, since 50% of new openings do not survive more than two years.

The sommelier, head waiter and co-owner of El Celler de Can Roca, Josep Roca, will offer the presentation “The phylloxera of the human being. Survival and happiness”, an overview at the situation of kitchens and restaurant rooms in times of pandemic.

Both Adrià and Roca will also be part of the round table “Keys to success to overcome the crisis”, formed by Nandu Jubany (Can Jubany), Artur Martínez (Aürt Restaurant) and Pep Palau (managing partner of Forum Gatronòmic).

The future: innovation and ecology
Anticipating the future is key to overcome crises. This statement is defended by the disseminator and digital economics expert Marc Vidal who will address the attendees at FHG Forum with the session “Are arriving on time to the future? Digital transformation and FoodTech in the contactless society”. Vidal will speak about the acceleration of the technological model in the new “contactless” society to which we are heading.

Finally, Ingrid Buera, director of Mercabarna’s Business area, will close the Gastronomy block with the presentation of the new Mercabarna Biomarket, the first wholesale market in Spain for organic products, which will open in October.

New formulas for hospitality and tourism
The tourism and hotels sector are those who have been most deeply affected by the sanitary crisis and his serious economic consequences. According to the association for the Spanish Hotel Industry, it is estimated that between 65,000 and 80,000 establishments will close at the end of the year, with the loss of a million direct and indirect jobs. The situation is extremely serious for a fundamental sector in the Spanish economy that involved, before the pandemic, more than 300.000 companies and employed around 1.7 million workers.

Other economists, businessmen and representatives of the financial and institutional sphere will provide strategies to manage uncertainty and adapt the hospitality business in the post-Covid era.

Challenges for the food industry
The second and last day of the FHG Forum will be dedicated to the Food Sector and its Value Chain. The Association of Manufacturers and Distributors AECOC delivers a program headed by IESE professor José Luis Nueno, in which changes in trends will be advanced both in consumer behaviour and in the food business and distribution. In addition to the AECOC experts and executives who will speak about challenges and innovation in retail, this section will have the presence of Silvia Martínez, Commercial Director of Coca Cola European Partners Iberia and Mikel Larrea, CEO of EROSKI.

Toni Massanés, director of the Alicia Foundation, will close the session with an intervention on innovation, sustainability and social responsibility in the food business.

The event will feature the anti-Covid protocol that Fira de Barcelona has developed in collaboration with the consultancy firm specialized in risk management Aon and the advice of the Hospital Clínic de Barcelona in order to offer the maximum guarantees of safety for workers, organizers, exhibitors, visitors and suppliers.