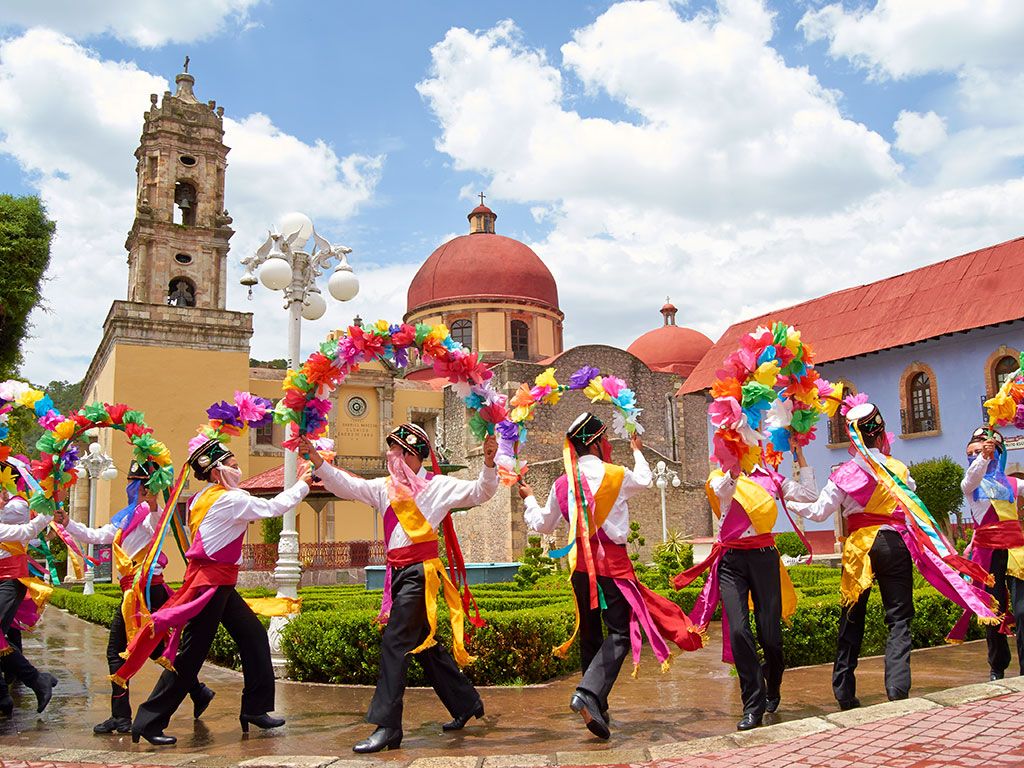 The event will bring together gastronomy, folklore, tourism proposals, crafts and business meetings at the CCIB

Mexico lands in Barcelona to promote its heritage through Magical Towns

From 22 to 24 April the Barcelona International Convention Centre (CCIB), managed by Fira de Barcelona, will host the First International Tianguis of Magical Towns (Primer Tianguis Internacional de los Pueblos Mágicos, in Spanish). Organised by the Mexican government and aimed at the general public as well as professionals and companies in the sector, the event aims to show the world “the new face of tourism in Mexico” with an offer centred on sustainability, authenticity and heritage through the beauty of its 132 Magical Towns. For three days, it will bring together gastronomy, folklore, crafts, conferences and proposals to promote and market the offer of the destinations.

Tianguis is a word from a pre-Hispanic language (from the Nahuatl tiyānquiztli) that means market, a place of exchange and coexistence. Pueblos Mágicos is a programme promoted by the Ministry of Tourism (Sectur) to revalue 132 towns in the country that have preserved their historical, gastronomic and cultural legacy.

Barcelona, a “culturally iconic” city, was selected to host the First International Tianguis of Magical Towns. This is the first time that the exhibition has left the country’s borders to become known in the European market, and future editions are planned in other cities around the world.

The event, with free admission, is aimed both at the general public who want to discover Mexico’s most intimate destinations and at professionals and operators in the tourism sector. Specifically, attendees will be able to buy trips, book accommodation and routes, visit the exhibition area of the destinations, discover and buy handicrafts, establish commercial relations or savour the gastronomy.

In total, it will occupy a CCIB area of 4,600 square metres and will include the participation in person of 14 states and 11 destinations, representing 72 Magical Towns, while the remaining 60 towns will be present through a digital platform.

Intense culinary, cultural and business agenda
According to the organisers, one of the pavilions that is expected to be the busiest will be the gastronomy pavilion. Led by the renowned chef Rita Sánchez, during the three days of the exhibition dishes will be served with pre-Hispanic flavours preserved, as well as Mexican cuisine resulting from the fusion of two worlds, following the recipes of cooks from different Magical Towns. Among the proposals will be fish ceviche from Isla Mujeres; a typical mole negro (black mole) from Oaxaca; a northern asado (barbecue) from Nuevo León; classic tortitas de camarón (shrimp tortillas) from Tlatauquitepe; pozolito blanco (traditional soup) from Guerrero or ancestral recipes from Michoacán, as well as different traditional desserts.

In addition to the cooking demonstrations, there will be a large auditorium with a stage to host mariachi performances, traditional folklore, the international awards presentation, the recognition of Magical Towns and master lectures. In addition, the event will hold the exhibition of the world’s largest Tenango: a giant 105 m² mural made by 1,270 artisans using 75 kilometres of thread, a space for a gigantic winged alebrije, a traditional altar of the dead to honour the memory of the deceased and a display of traditional Mexican costumes.

Finally, the digital and business pavilion will facilitate the marketing of tourism products from the different towns, through business appointments between the more than 200 exhibitors and tourism service providers from Mexico and specialised international buyers from 15 countries.