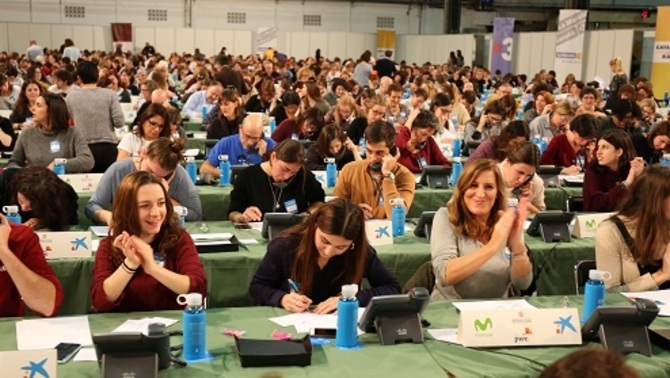 On Sunday 15th December Fira de Barcelona will become the main call centre for La Marató de TV3. The institution will once again use Hall 1 of the Montjuïc venue to receive calls from people who wish to make donations and support this year’s event, devoted to minority diseases.

The exhibition centre has 776 telephone lines. In total, this year’s La Marató will have more than 1,000 lines distributed throughout four locations in Catalonia, which will be attended by more than 3,400 volunteers.

The donations received by the 28th Marató will allow the promotion of research projects in the field of minority diseases, which affect around 5 out of 10,000 people. More than 7,000 have been identified and 30 million people suffer from them, 350,000 of whom live in Catalonia.

With 16 hours of uninterrupted programming, La Marató 2019 will start at 8:00 am on Catalunya Ràdio with a special version of El Suplement, with Roger Escapa at the microphone. Starting at 10:00 am and lasting until the early hours of the morning, La Marató will be broadcast on TV3 with Quim Masferrer.