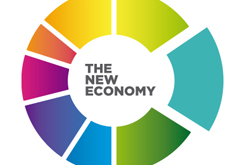 The Circular Economy European Summit (CEES) will celebrate this year its first edition with the aim of promoting a new economic model to redesign existing production processes based on the extraction-production-use-disposal scheme many consider exhausted and focusing on a scheme committed to the reuse of materials and resources. A total of 60 speakers will discuss the urgency of adopting this model currently supported by dozens of institutions after its inclusion in 2015 European Union Action Plan.

The event organized by Fira de Barcelona will be held from 15 to 17 November in the Gran Via venue together with Smart City Expo World Congress and will serve as a platform to promote best practice cases and will feature an extensive conference program with urban experts, public and private institution representatives. Among them will be Ellen MacArthur, a leading advocate of this new economic paradigm through the Ellen MacArthur Foundation, who will be the summit’s keynote speaker.

MacArthur, a former British yachtswoman –she became the fastest solo sailor to circumnavigate the globe in 2005 – will make the case for circular economy and the urgent need to accelerate the transition to a regenerative alternative to the current productive scheme based on the take-make-dispose structure. The Ellen MacArthur Foundation advises companies around the world in the strategies needed to accelerate the transition to the a circular economy

The conference program also features speakers such as the Deputy Mayor of Paris, Antoinette Guhl, promoter of the social economy and the implementation of Circular Economy in the French capital; the President of the Cradle to Cradle Products Innovation Institute, Lewis Perkins; the CEO of Zero Waste Scotland, Iain Gulland; the Sustainability Business Expert at H&M, Cecilia Brännsten; and CEO of WRAP, Marcus Gover. All of them will discuss their experiences in the application of circular strategies within their companies and cities.

In addition to these six keynotes, the first CEES will also feature ten discussion panels that will discuss topics such as the Design of Circular Cities, Funding for the transition to this new economic model or the Role of Governments in the design of new production systems, among others.

The first CEES will be jointly held with Smart City Expo World Congress. In its sixth edition, the leading international event on smart cities will bring together over 600 cities, 400 speakers and the leading companies in the smart urban solutions industry, making this 2016 edition the biggest ever.