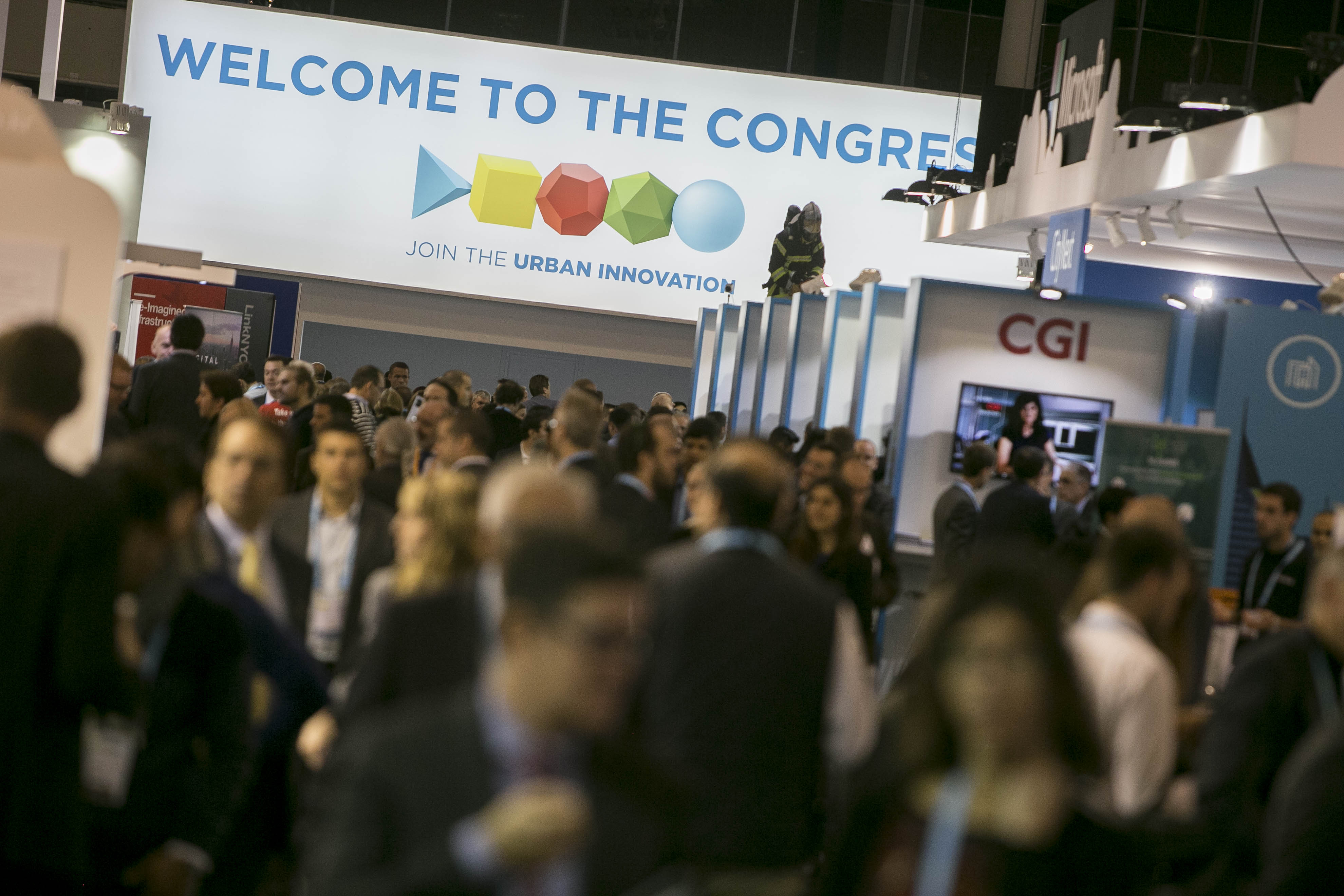 With the theme ‘Cities for Citizens', the event is more people-focused than ever

The sixth edition of the Smart City Expo World Congress (SCEWC) is the biggest ever, hosting the representatives of 600 cities, 576 exhibitors and more than 400 speakers. Over the three-day event, Fira de Barcelona’s Gran Via Exhibition Centre will be hosting some of the top experts in urban development and many of the cities that are spearheading this urban transformation on a global level, combining disciplines such as mobility, technology, energy efficiency, the environment, urban planning and the knowledge economy.

SCEWC has witnessed a huge increase in the number of exhibitors at this year’s edition with a total of 576, up 29.7% compared to the 444 exhibitors at last year’s event. Some of the companies showcasing their latest technologies and urban solutions are Bosch, Cisco, FCC, Ferrovial, Fiware, Huawei, MasterCard, Microsoft, Philips, SAP, Seat, Siemens, Suez, Telefonica and ZTE.

According to Ramón Roca, the show’s president, ‘The consolidation of the Smart City Expo World Congress endorses the work we have been doing all these years and positions the event as the global benchmark for smart cities and an essential meeting place for companies, cities and regions currently immersed in the transformation towards better cities.’.

This sentiment was echoed by the event’s director, Ugo Valenti, who contends that ‘no other event of this kind is capable of bringing together so many cities and companies in one place. Smart City Expo combines business and knowledge with the objective of driving forward new projects that will make our cities better places for their residents and for the planet as well. Citizen empowerment and the circular economy will be the key themes of a show that is bursting with innovative urban solutions for the future.’

Cities for Citizens
The summit on smart cities and urban solutions will have a special focus in 2016 on citizens and the different initiatives being undertaken all over the world to empower the people who live in these metropolises and make cities more human. To discuss these processes from the perspective of the cities themselves, SCEWC has invited representatives from 600 cities around the world to jointly tackle the objectives and transformations necessary to ensure that their cities will lead this global development, always basing their decisions on their own citizens.

Between 15 and 17 November, Barcelona will be hosting representatives from cities such as Amsterdam, Berlin, Brussels, Buenos Aires, Dubai, Dublin, Hamburg, Jerusalem, Kyoto, London, Nairobi, New York, Paris, San Francisco, Seoul, Shanghai, Singapore, Tel Aviv and Yokohama. There will also be government delegations from countries such as Austria, China – which is holding a forum on the development of Chinese cities as part of the event – South Korea, Denmark, Israel, Japan, Norway and the United Kingdom, amongst others.

The congress programme is based on seven key themes – Technology, Society, Governance, Sustainability, Mobility, Safety and Innovation & Start-ups, with 412 speakers including Susan Etlinger, one of the most influential voices in the big data industry and a force behind the effective and ethical use of social data; the American writer and political strategist David Bollier, the driver of the commons movement that seeks to extend a system of resource management based on dynamic social relations and the use of digital technologies; Parag Khanna, one of the leading geopolitical analysts on the international scene and an expert in the key role of cities as the driving force of global development in the future; and Ellen MacArthur, the former British sailor, now retired, who set the world record for the fastest solo nonstop voyage around the world, and one of the leading exponents of the circular economy.

A new economic recipe
This year, the SCEWC is being held at the same time as the Circular Economy European Summit, a congress on the circular economy which enjoys the support of the Ellen MacArthur Foundation, one of the leading institutions driving a change in the prevailing economic paradigm. The circular economy is committed to redesigning economic and production processes so they focus on the reuse and recycling of materials and resources. This type of economy is in stark contrast to the current linear economy that perpetuates a production and consumer structure based on the extraction, manufacture, use and elimination of products, which many experts agree has reached the end of its useful life.

The smart city hands-on
One of SCEWC’s distinctive features is that it shows in its exhibition space the latest technologies available from the smallest and most innovative sensor to the latest urban data management platform capable of predicting when traffic or sewage system will experience problems enabling city officials to solve a crisis before it actually occurs. Among the solutions showcased are a street lamp capable of monitoring traffic and air quality, and recharging electric vehicles; autonomous vehicles or cars capable of detecting free parking spots in the city while driving and share that information; headphones designed to allow the blind to move freely in the city; and a folding solar panel suitable for both urban and domestic use capable of unfolding itself at sunrise, follow the sun and store energy.

Global Smart City Awards
The summit on smart cities will once again be recognising the most innovative initiatives on a global level with the World Smart City Awards. At this sixth edition, awards will be given in three categories: City, Project and Innovative Global South. This last prize, organised in conjunction with the General Assembly of Partners (GAP) for Habitat III of the United Nations, will be awarded for the first time in 2016 in recognition of the most innovative ideas for tackling the most pressing global challenges in the region known as Global South, which encompasses Asia, Africa and Latin America. Now in its sixth edition, the Global Smart City Awards received a total of 259 entries from 45 countries. The winners will be announced on 16 November during the show’s gala dinner.

The most urban mobile event
In 2016, SCEWC will be repeating its collaboration with the 4YFN (Four Years From Now) entrepreneurial programme of the Mobile World Capital Barcelona and GSMA to design the event’s enterprise, innovation and start-up agenda. The conferences will have a particular focus on initiatives based on mobile technologies with a view to encouraging the development of solutions in the sphere of smart cities among technology start-ups, and achieving better scalability of projects to help strengthen their global impact.