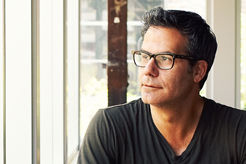 The third edition of Smart City Expo World Congress, which will be held from November 19th to 21st in Fira de Barcelona’s Gran Via Exhibition Centre, will bring together some of the world’s leading thinkers and experts on urban planning. The list of 300 spekers will feature keynotes from Richard Florida, economist and expert in urban development; Amory Lovins, environmental scientist and chief researcher at the Rocky Mountain Institute; and Kent Larson, Director of the Changing Places research group at MIT (Massachusetts Institute of Technology).

How will large cities manage to match the transport needs of growing populations with greater respect for the environment? What should homes and technologies that make our cities more habitable places be like? What use and type of energies should cities prioritise in order to guarantee a sustainable future? These are some of the challenges and questions that the keynotes and other speakers will tackle in the Barcelona summit.

Road map to prosperity
Regarded as one of the world’s most prestigious intellectuals in matters of economic competitiveness, demographic trends and technological innovation, Richard Florida’s theories assert that metropolitan regions, with high concentrations of technology workers, artists, musicians and other groups he describes as top bohemians, exhibit a higher level of economic development. Florida will explain to what extent smart cities need to attract and retain high-quality talent in order to be productive and become drivers of economic growth.

The most urban architect of the future
Kent Larson runs the Changing Places research group at MIT and, after having worked for 15 years as an architect in New York, he decided to take this experience into the field of research. His group works in four areas: responsive urban housing, the design of new vehicles and urban mobility systems, ubiquitous technologies, and the city as a living lab. The focus of his research makes him a key person in the future design or redesign of large cities and metropolises.

The key role of energy
The physicist and environmentalist Amory Lovins is widely regarded as one of the world’s leading authorities on energy and a productive innovator in the design of ultra-efficient buildings, factories and vehicles. During his 40 years working in this field and as chief scientist at the Rocky Mountain Institute, Lovins has advised 23 heads of state worldwide on energy matters and, in Barcelona, he will share some of the keys to achieving efficient and sustainable use of available energy.

They will all bring their ideas and expertise in the collective challenge of transforming existing cities into places capable of sustainable absorption and management of growing populations, from economic, social and environmental standpoints.