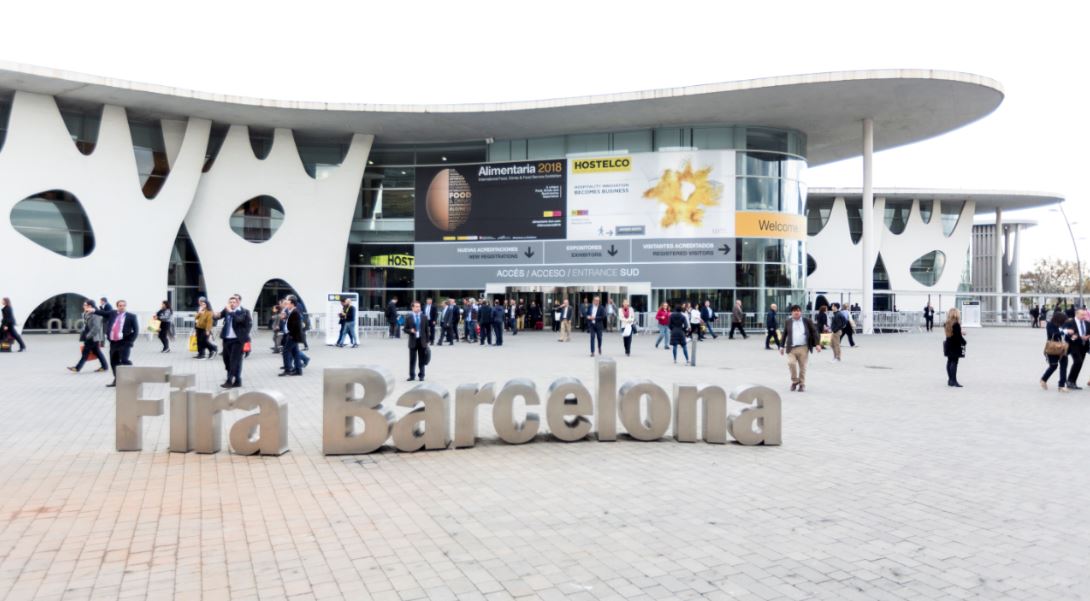 Alimentaria will be held in 2021, a year which will bring together noteworthy international events

The Alimentaria show will be held in May 2021 as agreed with the main organisations and companies in the sector, making it one of the main shows of a year in which Fira de Barcelona’s venues will host other important international events with a wide representation of a variety of economic sectors. These events will play a leading role in an intense trade fair schedule that will be reactivated in September, the month in which the institution plans to resume its activity, temporarily paralysed by the pandemic, with various events and the necessary safety and prevention protocol.

The decision to move the main food and beverage show in Spain and one of the most important ones in Europe to next year, specifically from 17th to 20th May (it was to take place next September), was made today by Fira de Barcelona in agreement with the Alimentaria Organising Committee, which includes the main associations and companies from one of the country’s leading industries, in order to guarantee the best possible event, both in terms of participation and its international appeal.

The chairman of the Alimentaria Organising Committee, Josep Lluís Bonet, explained that this decision was made after evaluating the current situation, assessing other alternatives and, above all, “listening to the sector, which we thank for its support and commitment to an event which will undoubtedly contribute to reactivating an economy, which has taken such a hard hit in recent months.” In this regard, he highlighted that, with the consensus of the sector, “our aim is to hold a major event, with the highest commercial expectations in networking opportunities and attendance from international buyers and visitors, who represent 25% of the total attendees”, in an environment with all the necessary prevention protocols.

Additionally, on the 28th and 29th of September a forum is scheduled to be held at the Fira de Barcelona’s Conference Centre on the future of the agri-food industry, restaurants, hotels and tourism, key sectors of the economy. It is organised by the Alimentaria, Hostelco and Fòrum Gastronòmic shows, with the participation of service and distribution companies from these areas.

In addition to Alimentaria, next year’s schedule will be marked by important industrial and professional shows, both organised by Fira de Barcelona, whose dates have been decided with the respective sectors, and renowned major international events of other trade show operators who have chosen to hold them at the institution’s venues.

So, in 2021, other events that were initially planned for 2020 will be organised, these include the IoT Solutions World Congress, on the Internet of Things and the digitalisation of the industry, to take place in May; Expoquimia, Eurosurfas and Equiplast, the three major events in the chemical, surface treatment and plastic sectors, which will be held in September; Hostelco, the trade fair for Catering, Hospitality and Collectivities equipment; and Alimentaria Foodtech, focusing on machinery, technology and ingredients for processing and preserving of products in the food and beverage industry, to be held in October, together with Hispack, a renowned show in the packaging industry, and which is initially scheduled for next year, along with Barcelona Building Construmat, Automobile Barcelona and Piscina&Wellness, among many others.

2021 will also be marked by the celebration of some major projection and world leadership events, some already deeply rooted in Barcelona, as is the case of MWC Barcelona, the largest international fair of the mobile communications ecosystem, organised by GSMA, which will take place once again after it having to be cancelled in February due to the coronavirus outbreak. Others however, will arrive in the city for the first time ever, after having selected Fira’s venues to base their shows. This is the case of SE, the most important show in the world of the audiovisual industry, which until this year has been held in Amsterdam; and Seafood, a renowned show for seafood products, which, until now, has been held in Brussels.

In view of this intense panorama, the General Director of Fira de Barcelona, Constantí Serrallonga, has highlighted the potential of the institution as “a great instrument for economic reactivation, especially in the current context”, given the wide variety of business sectors present at the events and the economic and social impact it generates in the area. After emphasising the capacity to attract major international events and to adapt to circumstances in accordance with the different sectors, he highlighted the importance of the fact that, apart from 2021, “Fira has its sights set on the activity that it will carry out in the final four months of this year, which will undoubtedly help to revitalise the business fabric, as is our objective.”

An economic impact of more than 4.6 billion euros

Fira de Barcelona is resuming its activity with the aim of becoming one of the main drivers of economic recovery covering the wide variety of sectors present in its events. In this regard, according to a study carried out by the Institute of Economics of Barcelona (IEB) of the University of Barcelona (UB), Fira de Barcelona generates an annual economic impact on the area of 4.689 billion euros, with a gross value added (GVA) equivalent to 1% of Catalonia’s GDP, some 34,600 jobs and nearly 900 million euros in tax revenue.

Activity in the last quarter of 2020

Fair activity will be resumed with the Valmont Barcelona Bridal Fashion Week, which will celebrate its 30th event between 4th and 10th September, with a digital format which will broadcast the fashion shows displaying the new bridal fashion collections as well as arranging virtual meetings between the exhibiting brands and buyers from anywhere in the world. Bizbarcelona will also be held in September, an event for entrepreneurs, start-up companies, SMEs and the self-employed, which will combine both face-to-face and virtual formats and will coincide with the Saló de l’Ocupació, on employment opportunities and self-employment.

The following shows are planned for the month of October: Liber, focusing on the publishing business and books in Spanish, the Boat Show and the Ocasión, the semi-new car trade fair. In November, the Smart City Expo World Congress, the annual world summit on intelligent cities and urban solutions, will arrive with its annual event. On this occasion, it will have a completely virtual format in order to adapt to current circumstances and continue to be an international benchmark in the sector.

Other noteworthy events will complement the schedule until the end of the year such as IBTM World, the most important fair in the world for the business, congress and incentive travel industry, Manga Barcelona, Aviation Week MRO Europe, for the aeronautical maintenance industry, and the European Society of Vascular Image Congress, among others which are planned.

The return to activity will be accompanied by safety and prevention measures against Covid-19 to mitigate risks to workers, organisers, exhibitors, visitors and suppliers. To ensure this, Fira has drawn up an action protocol, in collaboration with Aon, the consultancy firm specialising in risk management, and has received advice from the Hospital Clínic de Barcelona, which, among other measures, includes the redesign and conditioning of spaces, regulation of visitor flows and capacity, temperature and hygiene controls, contact traceability, physical distancing, disinfection and cleaning of the common areas and stands, health information and support, accreditation systems and the organisation of catering services.