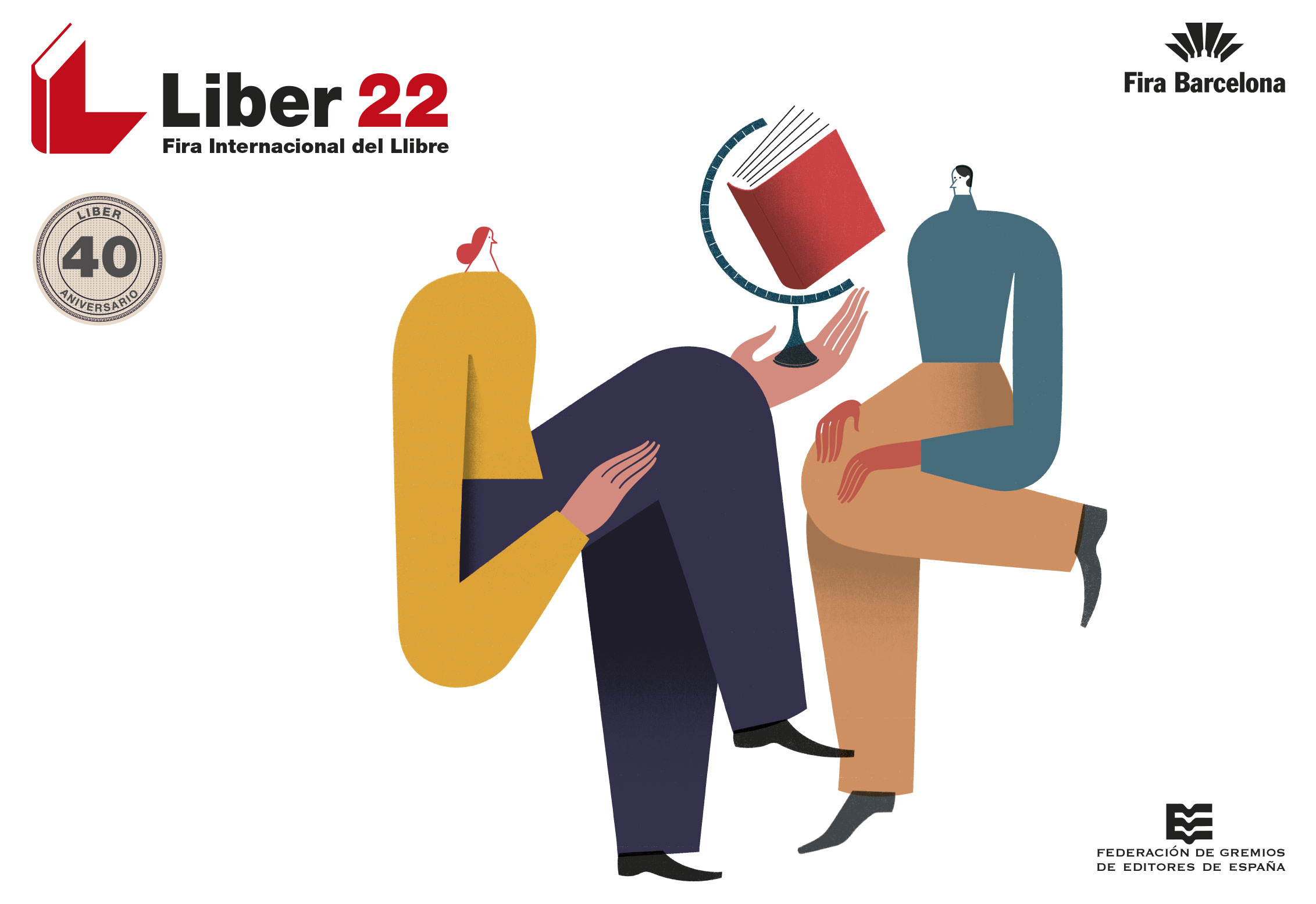 It is the work of the Valencian studio Juárez Casanova, winner of the illustration competition.

From 5 to 7 October, Liber will celebrate its 40th edition as the major professional event focused on boosting the business and internationalisation of the Spanish publishing industry. A raison d’être, fully valid and key to the growth of the sector, which takes on greater relevance during this anniversary and which is reflected in the graphic image that the fair is launching. This new image is made by the Valencian design studio Juárez Casanova, winner of the Liber 2022 illustration competition.

This year the book fair promoted by the Federation of Spanish Publishers’ Guilds (FGEE) returns to Fira de Barcelona with the priority of helping the Spanish publishing industry to recover pre-pandemic export figures, which fell by 26% in 2020.

The Spanish book sector is experiencing an encouraging moment in the domestic market thanks to the consolidation of reading habits and improved sales, while abroad it needs to relaunch its strategy to guarantee its future growth in a potential market with more than 500 million Spanish-speaking people. Here Liber, with its international convening power and the business meetings generated by its programmes of hosted buyers and guest prescribers, can be an effective ally in continuing to open borders for Spanish books.

This is precisely the idea that summarises the graphic image of this edition of the fair, which highlights Liber’s mission during its four decades of existence: to be a meeting point for internationalisation and exchange.

The design by Silvia Casanova and Javier Juárez stands out for its capacity for synthesis, as well as for its careful composition, chromaticism and harmonisation of its geometric figures. In the words of the authors: “the illustration is based on the concept of internationalisation with the globe as a representation of the world and the book revolving around it as a metaphor”.

The image also seeks to reinforce the idea that Liber is a professional fair, representing a scene that could take place anywhere in the show. “Two people who could fit into any of the professional profiles of those who visit the fair are interacting, in dialogue, in an attitude of offering, showing, presenting… in a relaxed atmosphere and open space for communication, where the book is the reason for this approach, link, union and cultural encounter”, they say.

Juárez Casanova Estudi’s work was chosen from among the three finalists who were commissioned to create a graphic image proposal for Liber 2022, after having passed the initial phase of the competition in which 88 dossiers were submitted. In organising the illustration competition, Liber has enjoyed the collaboration of the Federation of Professional Illustrators’ Associations (FADIP) and its member organisations in Catalonia, Galicia, the Basque Country, Valencia and Madrid.