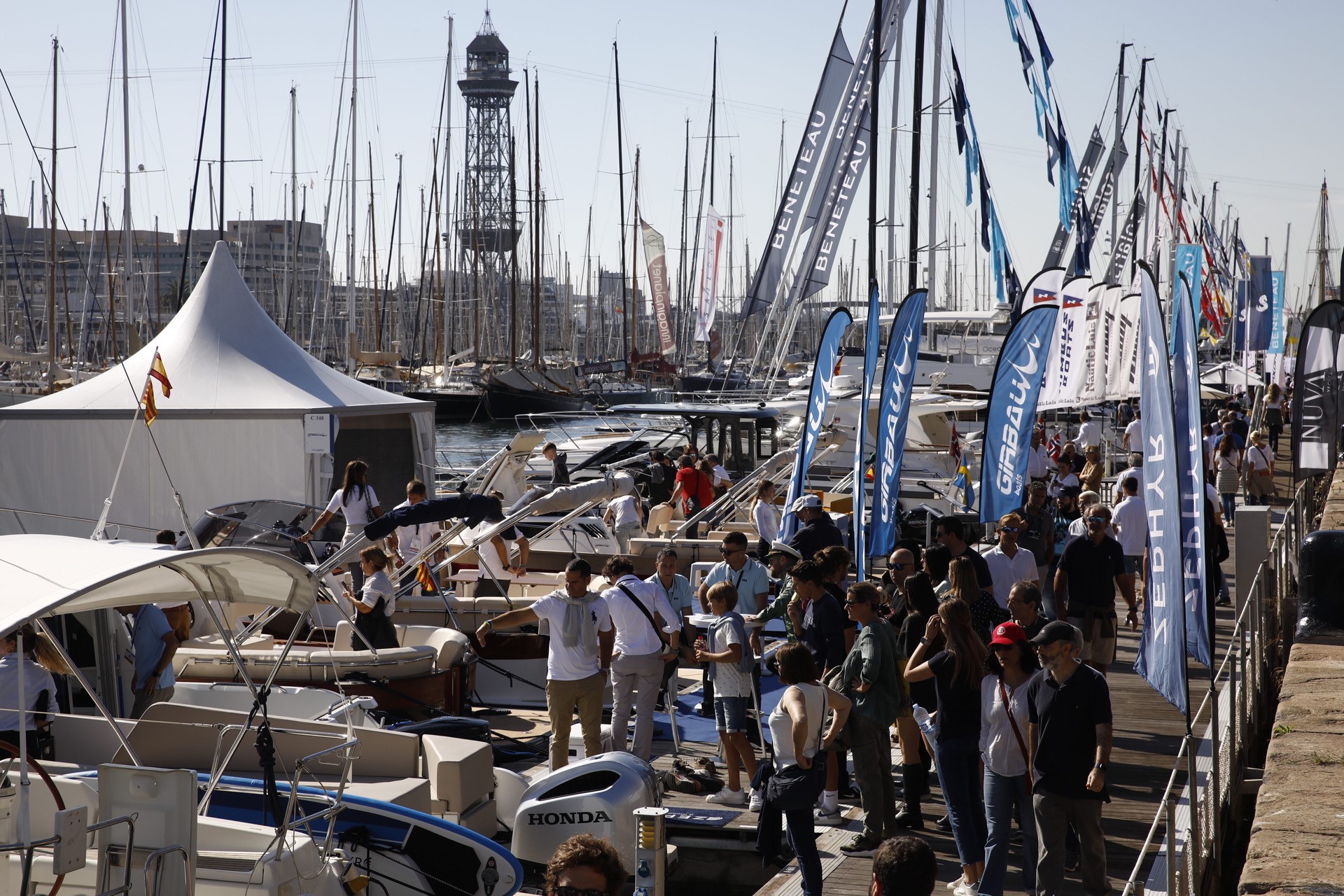 After five bustling days on the quays of La Fusta, España and Marina Port Vell, the Barcelona International Boat Show closes its doors today on its 60th edition with the confirmation among exhibitors and visitors of having experienced one of the best events in recent years, thanks to the large number of visitors, the high-quality showcase and the business contacts established.

This year’s edition has proven that the show, organised by Fira de Barcelona in partnership with Asociación Nacional de Empresas Náuticas (ANEN), the Spanish maritime industry association, is the leading and benchmark event for recreational and sports sailing in Spain. With the participation of 279 exhibitors, more than 700 boats and 80 new models, the event has broadened its showcase by 22%, the amount of space by 40% and, with just a few hours to go, will tally more than 50,000 visitors.

In addition, the Barcelona Boat Show has served to promote the sector’s sustainability, as it has unveiled various types of electric or hybrid boats with the aim of contributing to the increased electrification of motors. On the more sporting side, the show also hosted the presentation the America’s Cup to be held in Barcelona’s waters in 2024, featuring the New Zealand organising team and a visit from members of the Swiss team, Alinghi, who are already training in the Catalan capital.

The chairman of the Boat Show, Luis Conde, stated that “this year’s edition has once again put Barcelona on the national and international nautical map. At the same time, we have acted as a sales driver in these uncertain times.” In this sense, and under the slogan ‘The sea is heaven’, it has brought together major industry players, highlighting the presence of 400 key international buyers, 28 large-length catamarans and 14 vessels opting for the Best European Boat of the Year award.

As for the director of the event, Josep Antoni Llopart, he mentioned that “in 2022, we have taken a step forward in the sector’s commitment to headline innovation focused on sustainability with the aim of stimulating the sector’s environmental transition”.

In this regard, the Fira Barcelona event featured, for the first time, the Innovation Dock space in which 15 start-ups from seven countries presented their projects and initiatives for a more digitised maritime industry that is less aggressive toward the environment.

On Thursday, King Felipe VI presided over the official opening ceremony of the show’s 60th edition, an event he visited when he was Prince of Asturias.