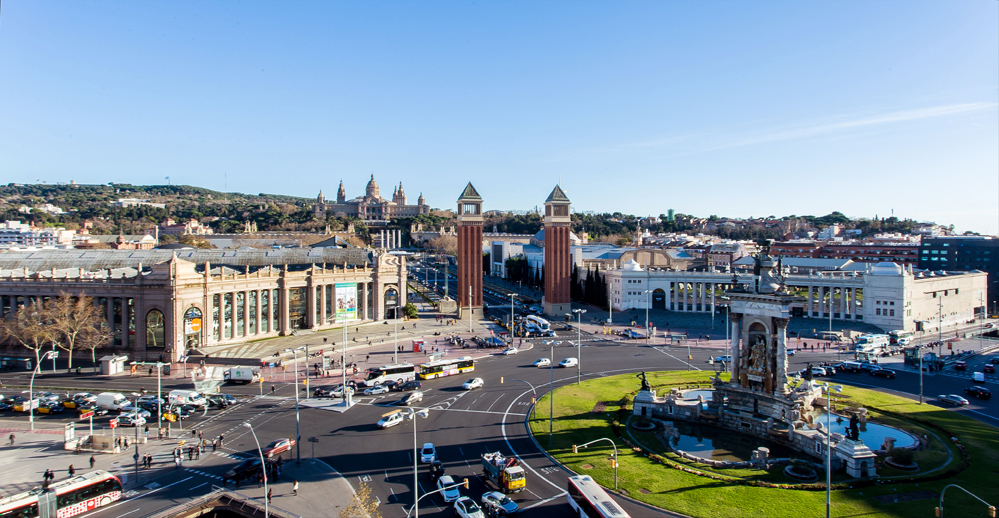 Fira de Barcelona sees the positives of the proposal to redesign the Montjuïc urban area, as drawn up by Barcelona City Council after a participatory process involving the district’s organisations and residents. The institution highlights the opportunity to modernise its facilities with the aim of converting them into an international benchmark for trade fairs and 21st century urban development, which will allow it to reinforce its normal activity of holding one-off shows, combined with permanent spaces for different event-related sectors.

After the participatory process carried out by Barcelona City Council, in which citizen proposals for reorganising the Montjuïc exhibition area have been debated, contrasted and complied since last November, today the council has presented local residents with the proposal for redesigning this urban space.

The general director of Fira de Barcelona, Constantí Serrallonga, stressed that the participatory process has been a very positive and enriching one, and expressed his satisfaction with the proposal, which presents “a balance that combines in this space, so emblematic for the city and important for the institution, both trade fair activities and housing, facilities and other public uses, whereby our facilities can be renewed and modernised to turn them into a unique space for the 21st century and at the same time new values are provided to the residents and the city as a whole”.

Thus, while preserving its architecture and historical value, the project aims to transform the pavilions conceived in the early 21st century into a fair space that is more permeable and integrated into the city, ones that are multi-purpose, digital and sustainable, with both exhibition spaces and permanent areas destined to entrepreneurship, innovation and knowledge transfer in sectors related to the institution’s main fairs. In this way, the proposal will make it possible not only to maintain the usual activity on the site, but also to build upon it.

It will be aimed at both small and medium-sized events intended for the general public as well as congressional events that are seeking an emblematic space in the heart of the city. It will thus complement the Gran Via venue, which is already being expanded and is intended for national and international events, mainly for professionals from a wide range of sectors such as technology, industry, food and beverages and smart cities. For its part, the Barcelona International Convention Centre (CCIB) will mainly be devoted to holding congresses and conventions.

Constantí Serrallonga remarks that “Fira is committed to a space that, despite being smaller than the current one, will be of great importance for the trade fair activity and the generation of economic activity, taking advantage of its urban character and central location, opening up more than ever to the city and its citizens, and complementing one-off events with permanent activity, which will give a much greater economic return and social value to Barcelona and the surrounding area”.

Sustainability and digitalisation
In line with the strategy implemented by the institution in recent years, the new space will be conceptualised under parameters of sustainability and digitisation with an optimisation of logistics operations. Thus, the zero-carbon footprint, building self-sustainability, the capacity for photovoltaic power generation on the roofs, or the use of rainwater for internal use will be key aspects in the solution architecture.

In this sense, the general director of Fira stresses that “eco-efficiency and environmental awareness, together with the conversion of the current space into an intelligent, flexible facility adapted to different future uses, will convert the venue into an international benchmark among urban trade fairgrounds”. “There are few places in the world that have such an emblematic venue in the city centre,” he remarks.

Fira de Barcelona will work with the City Council on the development of the project, with completion expected to fall within the framework of the centennial celebration of the 1929 International Exhibition.