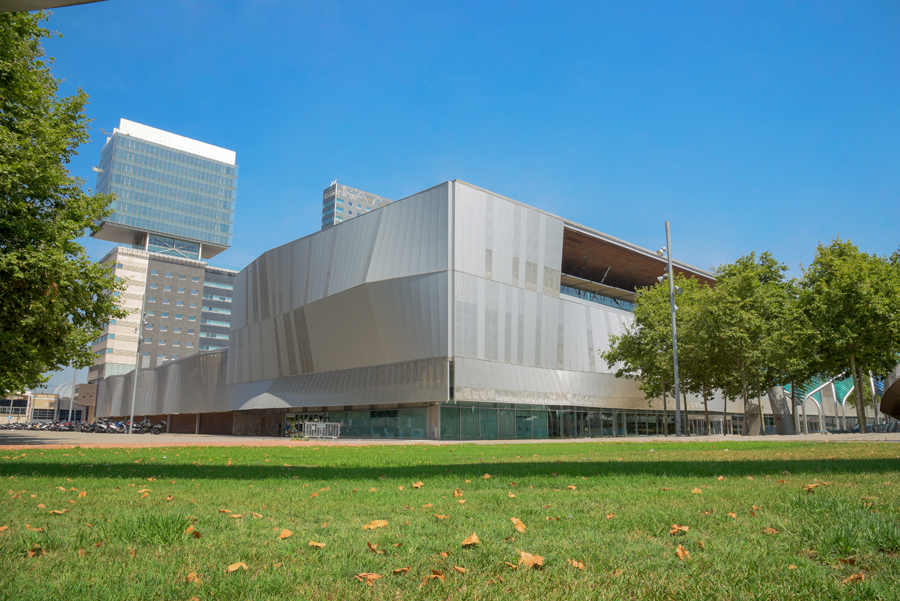 Starting on 1 November, Fira de Barcelona will take over the management of the CCIB (Barcelona International Convention Centre), thus reinforcing the city’s global trade fair and congress strategy and enhancing the city’s international standing as a benchmark for trade fairs in Spain and Europe by means of the running of three large venues with an exhibition area totalling nearly 500,000 square metres and the hosting of more than 250 events a year, some of them global leaders.

With this licence, awarded by Barcelona City Council for a period of 25 years, Fira de Barcelona will now have full management of the city’s main trade fair facilities (Montjuic, Gran Via and the CCIB), enabling the institution to increase its competitiveness by having three complementary venues for holding and attracting new fairs, congresses and different events. It will also strengthen the city’s commitment to a platform for these kinds of events, clear exponents and promoters of the activity of the different economic sectors whose roles are being reinforced in the current post-pandemic era.

Deputy Mayor Jaume Collboni believes that Fira will thus reinforce its position within Spain and Europe “as one of the leading institutions for the organisation of trade fairs and congresses, a sector that is key to the future of Barcelona and one to which we remain committed so as to attract new events to improve the city’s standing. The recovery of trade fairs is a key factor in finding a way out of the crisis that leaves no one behind while contributing to the creation of high-quality employment, one of our priorities as a city. Everyone knows that Barcelona is one of the best cities in the world for holding congresses, a sector in which we’re global leaders, and in the coming months we’ll show that we’ll be even stronger in the post-pandemic era”.

Constantí Serrallonga, the managing director of Fira de Barcelona, expressed his satisfaction at taking over the management of the CCIB, as “it’s a flagship facility for holding congresses and meetings which we’re convinced will reinforce the institution’s leadership in the international trade fair market and the projection of the city as a pole of attraction for major events. Similarly, its management will promote Fira even further in its role as the economic and social driving force of the city and the territory”.

Following Barcelona City Council’s decision to award Fira de Barcelona the management of the CCIB three years ago, the trade fair institution will take over after a fruitful transitional process for a progressive handover from the previous manager, GL events, which will ensure the maintenance of the activity, the business model and its personnel. In this respect, the subsidiary company Fira CCIB, whose general manager is Marc Rodríguez, has been set up for its administration within the Fira group.

Economic and social driver
The Barcelona International Convention Centre, opened in 2004 on the occasion of the Universal Forum of Cultures, is located in the Besòs area, in the technological and business district known as 22@. It consists of two buildings with state-of-the-art designs: the Convention Centre and the Fòrum Building, which houses the Auditori Fòrum, linked by an underground boulevard. It has a surface area totalling 100,000 square metres where around a hundred events are held each year.

Fira de Barcelona is the leading trade fair organisation in the Spanish market and one of the most important in Europe. Within a context of full activity, each year it hosts more than 150 fairs, congresses and events, attracting 30,000 companies and 2.5 million visitors from 200 countries and territories to its Montjuic and Gran Via venues, which together have a gross exhibition area totalling almost 400,000 square metres. The institution generates an annual impact of 4,710 million euros and 35,000 jobs, according to a study conducted by the Barcelona Institute of Economics (IEB) of the University of Barcelona (UB).

The urban environment
The CCIB forms part of the urban environment between Barcelona and Sant Adrià del Besòs. It’s located by the sea, in the heart of the Diagonal Mar neighbourhood and at the end of the 22@ district, which specialises in companies from the sectors of new technologies, culture, information, sustainability and knowledge. Around 4,900 hotel places are available in the area.

950,000 people live in the Besòs district, which is geographically linked the city centre; this figure accounts for 30% of the population of the Metropolitan Area of Barcelona, and it is now undergoing an important process of social and economic transformation.

In this regard, the CCIB contributes to local development through partnership and support strategies for the economic and social fabric of the surrounding neighbourhoods.