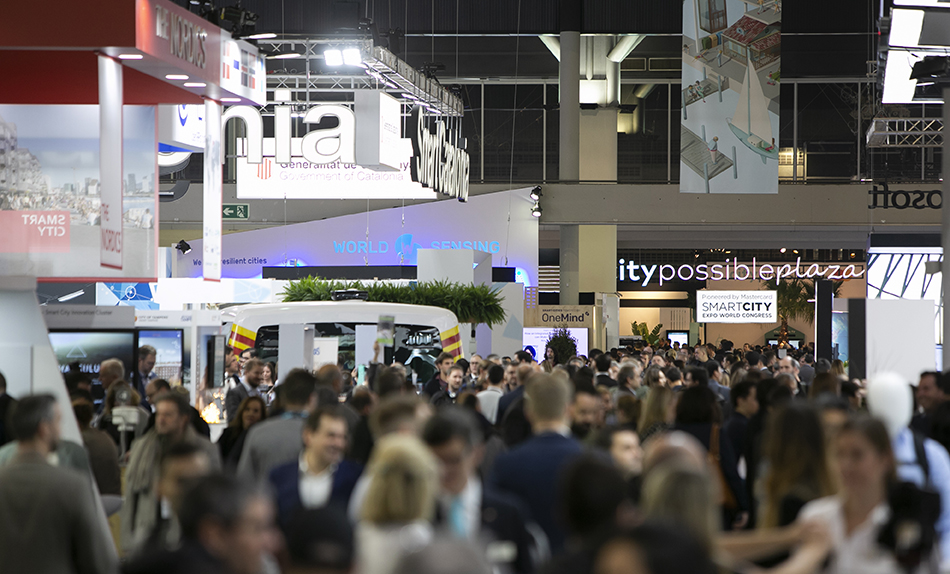 The 2019 edition of Smart City Expo World Congress (SCEWC), the smart cities summit organized by Fira de Barcelona, closes this afternoon after shattering previous records. During three days the event has brought together over 700 cities from the five continents, 1,010 exhibitors and over 400 speakers. On its ninth edition, SCEWC has registered over 24,000 attendees, a 15% more than in 2018.

The event, held together with the Smart Mobility Congress and the Digital Future Society, promoted by the Ministry of Economy and Business and Mobile World Capital Barcelona, has had an economic impact in the region of 90 million euros, according to a study published by the Barcelona Institute of Economics (IEB) at the University of Barcelona (UB).

The show has gathered some of the leading experts on urban innovation such as Janette Sadik-Khan, one of the world’s leading authorities on transport and urban transformation and former New York City’s transportation commissioner from 2007 to 2013; Shira Rubinoff, a cybersecurity expert who is a board member of the Executive Women’s Forum for Information Security and Leading Women in Technology; Laura Tenenbaum, an award-winning science communicator who worked as scientific editor of NASA’s Global Climate Change website; Roland Busch, a German physicist who is currently Chief Operating Officer and Chief Technology Officer of Siemens AG; and Jeff Merritt, New York City’s first Director of Innovation and currently is in charge of the agenda on the Internet of Things, Smart Cities and Robotics at the World Economic Forum.

The Director of Smart City Expo World Congress, Ugo Valenti, has said that “the 2019 edition has undoubtedly been the best to date. The level of the international delegations present, the exhibiting companies and the speakers, have strengthened Smart City Expo’s position as the leading global event on cities ” “During these days we have been able to see how cities will change thanks to technologies that will soon be deployed worldwide in urban environments, such as Artificial Intelligence, that will add to existing ones and enable the transformation our cities into more sustainable and livable places”.

World Smart City Awards
The Swedish capital of Stockholm has been chosen as Smart City of Smart and Connected City – Inclusive, Sustainable and Thriving initiative. Its strategy to create a smart and connected city, via innovation, openness and connectivity to provide Stockholmers the highest quality of life and the best environment for business rose above the other finalists.

Towards Zero Waste
SCEWC has not only promoted more liveable, sustainable and inclusive cities but also did so by example through different initiatives such as the Towards Zero Waste program, which implemented dematerialization, prevention and reuse of materials as well as emissions compensation to make SCEWC as sustainable as possible. The actions included in the plan comprise the elimination of single-use plastics, dematerialization of event tools (event App, electronic invoicing, e-kiosk and press corner).

After closing a successful 2019 show, SCEWC is already working on its next edition, which will be held from November 17th to 19th 2020, and will mark the event’s 10th anniversary.