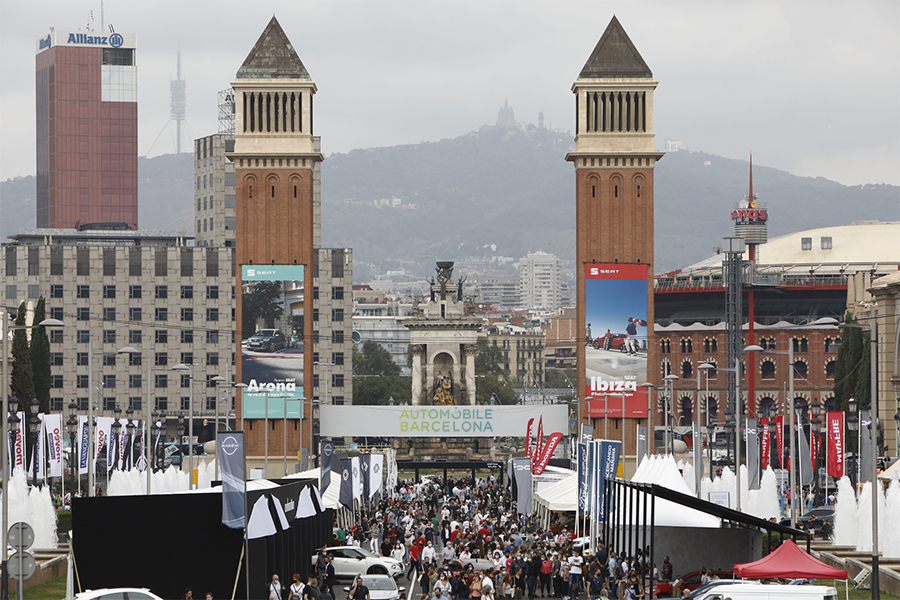 The European event with the most brands boosts industry recovery

Automobile Barcelona 2021 brings excitement back to the automotive world

Automobile Barcelona, the International Motor Show organised by Fira de Barcelona with the support of the ANFAC (Spanish Association of Automobile and Truck Manufacturers), closes its 41st edition this afternoon, having contributed to boosting the recovery of the automotive industry. The event was well attended by the public, attracted by the designs of the 22 brands present, the 18 exclusive firsts presented, and the opportunity to discover the performance of electrified vehicles, which are key to the present and future of mobility.

The President of Automobile Barcelona, Enrique Lacalle, said “the show has been an absolute success. Barcelona has responded massively to its call. The aisles were filled with motor enthusiasts, potential buyers and professionals. While Munich has had fewer brands and Geneva does not open its doors until 2023, Barcelona has stepped up to the plate. “We have achieved what seemed impossible thanks to everyone’s efforts. And as we have done for the past 102 years, Automobile Barcelona has been the best platform to help drive the industry and a sustainable future,” added Lacalle.

The large number of visitors to the Montjuïc exhibition centre over the last 9 days were able to see and try out the latest models and innovations from the 22 brands present -Alpine, Baltasar, BMW, Cupra, Dacia, DFSK, Ford, Hispano Suiza, Honda, Hyundai, Kia, Lexus, Lotus, Mercedes Benz, Mini, Nissan, Renault, Seat, Smart, Subaru, Suzuki and Volvo – which presented 18 exclusive firsts, one worldwide and one in Europe. The push for new motorisations has shown that electric vehicles are a reality, as reflected in the list of presentations, 90% of which are equipped with 100% electric or hybrid engines. Automobile Barcelona, the only one of its kind in Spain with the international recognition of the OICA (Organisation Internationale des Constructeurs d’Automobiles), has thus become the show with the largest participation of brands in Europe since the start of the pandemic.

The event also contributed to boosting sales thanks to the interest shown by visitors and the Motor Show’s extensive offering. A large number of quotes and pre-sales were closed during the days it was open to the general public. Electric or hybrid vehicles, the stars among the new products presented by the brands, have also aroused great interest among buyers and 60% of the quotations made were for electrically powered models.

Test drives and electrification
One of the most popular activities among visitors was getting behind the wheel of the latest models presented by the brands and experiencing the new technologies applied to the automotive industry. As a result, thousands of fans passed through the traditional “pits” and carried out more test drives on the Montjuic circuit in the available models, many of them electric and hybrid, but also sports cars, SUVs and family cars.

Institutional Support
In addition, the President of the Show, Enrique Lacalle, expressed his gratitude and highlighted the “major institutional and business support that the fair has received, in particular with the presence of His Majesty the King at the inauguration”. The 41st edition of the event was inaugurated by King Felipe VI accompanied by the President of the Government, Pedro Sánchez, who visited the stands of all the brands after presiding over a lunch with representatives of the administrations and the main leaders of the automotive industry, which was also attended, among others, by the Spanish Minister of Industry, Trade and Tourism, Reyes Maroto; the Minister of Enterprise and Employment, Roger Torrent, the President of the CEOE, Antonio Garamendi; and the President of ANFAC, José Vicente de los Mozos.

On Monday 4, Automobile Barcelona was visited by the President of the Government of Catalonia, Pere Aragonès and the Minister of the Interior of the Government of Catalonia, Joan Ignasi Elena. The mayors of Badalona and Cerdanyola, Xavier Garcia Albiol and Carlos Cordón, the president of the ERC Group in Barcelona City Council, Ernest Maragall, and the president of Foment de Treball (Employment Development Agency) Josep Sánchez Llibre, also visited the show, among other prominent figures; and the President of the Industry, Trade and Tourism Commission of the Congress of Deputies, Joan Capdevila, all of whom received the show’s Medal of Honour for their support in getting the show declared an event of special public interest by the Congress.